Less risqué Kasumi cushion will be included with Tecmo and Miscrosoft's limited-edition Kasumi-Chan Blue Xbox bundle when it ships October 7.

TOKYO--Tecmo and Microsoft announced today that they will release a limited-edition "Kasumi-Chan Blue" Xbox bundle in Japan on October 7. The bundle will ship the same day as the Japanese launch of Dead or Alive Ultimate.

The bundle caused a stir with some consumers when it was originally announced in February. The package includes a life-size bonus cushion, which originally featured DOA's main female character Kasumi in a revealing swimsuit outfit. The cushion is still being released as a part of the package, but the image of the character has been toned down to her more subtle, default ninja costume (pictured).

The Kasumi-Chan Blue Xbox package will be released in a limited run of 6,000 units and will retail for 23,940 yen ($215). The package includes a blue semitransparent Xbox console, one controller in the same color, a DVD player kit, an Xbox Live starter kit with one year free membership, the Dead or Alive Ultimate game, and the Kasumi cushion. 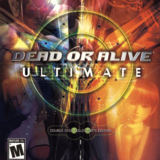