Who Was There: Double Fine Production's Tim Schafer is well known for classic games such as Monkey Island, Full Throttle, and Grim Fandango. His most recent works include 2005's Psychonauts and last year's heavy metal-infused Brutal Legend, which was released to critical acclaim. He is also known on the development circuit for his outspoken opinions and sense of humour.

What He Talked About: As a veteran developer, Schafer had much to say about the changing nature of his Double Fine Productions and its relationship with publishers. Much of his talk focused on the studio's move away from AAA titles to smaller, more manageable projects. This was brought about by the cancellation of a sequel to Brutal Legend, much to the chagrin of Schafer. He said, "Apparently when [the publisher] said it was a done deal, there was a deal, and it was done."

The studio subsequently went on to split off into four smaller teams, each working on small "indie-style" games, which Schafer likened to holding an independent games festival within the company. Four of the best projects were shopped around to publishers, and within months, all four were signed, turning Double Fine Productions into a multi-project studio for the first time.

Though firm release dates details were not revealed, Schafer hinted that that we may see some of the games this year, in both retail and downloadable formats. He also mentioned what might be in store in terms of gameplay, saying that splitting off into smaller teams allowed the studio to experiment with different genres, licenses, and demographics (such as kids' titles), giving them "more chances at having a hit game." Many of the staff members who worked on Brutal Legend are heading up the new projects, two of which will focus on both retro and innovative new gameplay mechanics.

Schafer also offered advice to budding game studios on how to start up, create new ideas, and deal with publishers. "When starting a company, don't use your own money--use someone else's," he said. "A lot of developers don't get second chances." He likened the relationship between developers and publishers to that of a "parent and child," cautioning that a developer can become too reliant on a publisher for money.

Schafer also advised developers to be mindful of what they say about publishers in interviews, referring to his recent comments about Activision CEO Bobby Kotick. He warned that often developers may end up pitching a game to people that they've burnt bridges with, and likened the experience to the scene in The Empire Strikes Back where Han Solo suddenly finds he's meeting Darth Vader for lunch in Cloud City.

Quote: "Remember, the microphone is always on."--Schafer, offering developers advice in light of his recent interview.

Takeaway: Schafer was keen to emphasise how developing smaller titles had given the studio a burst of creativity, resulting in "less compromise." He also touted the virtues of shopping around for publishers and changing them often. This allows a studio to retain intellectual property rights and get out before being hurt from the destructive nature of mergers, acquisitions, and other "strange things" he said can happen to big publishers. 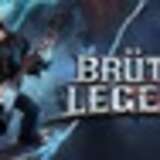 There are 225 comments about this story
Load Comments (225)