Zen and the art of playing video games. 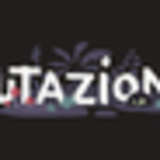 There are more video games out there than ever, and with lots of new releases each month (especially toward the end of the year) it's hard to get your head around everything that's becoming available. A lot of gold out there that goes unnoticed, games we think deserve to get seen. In this article, we're recommending three standout games from September 2019 that might have slipped under your radar, but are still incredibly special, deserve attention, and can probably be finished in a weekend.

If checking out cool, smaller games is your jam, be sure to check out our previous installment of this column, where we dive into wonderful games like A Short Hike, Eliza, and Anodyne 2. Our video team also went out of their way to make sure people don't skip out on River City Girls.

In Mutazione, the garden is a metaphor for human relationships. People, like plants, only grow to their full potential when they're in the right environment, receive appropriate nurturing, and exist in harmony with others. Such themes enrich this mellow point-and-click adventure that tells a sweet, earnest tale of a teenage girl growing up and learning about the importance of sustaining connections with family, friends, and important places.

You play as Kai, recently arrived on the peculiar island of Mutazione, her family’s original home. The ostensible reason for her visit is to finally meet her elderly grandfather who is gravely ill, but Kai soon feels an attraction to the mysterious island that enhances her desire to discover more about her family history.

Mutazione itself is a strange place, teeming with verdant plant life and home to a small community of regular humans and unusual mutants. There’s a giant green-skinned boy whose formidable appearance belies his good nature. There’s a part-human, part-feline creature who enjoys sunbaking on the rocks by her secret swimming hole. The local plumber employs a team of sentient sausages to assist him--presumably, their cylindrical shape is an advantage when navigating stubborn pipes. Every character you meet has a warmth and a story to tell.

As the days pass, Kai wanders the island chatting with its cast of characters, forging friendships that allow her to dig deeper into the history of the place and the myriad connections--by turns loving, generous, and tragic--between the people who live there. To cement the metaphor, she also begins to tend to various gardens, collecting seeds as she wanders and learning nurturing techniques from those in the know. The process is shallow, but the meaning runs deep. As the gardens bloom into life, Kai is able to coax her new friends to open up to her and, in turn, they help her to reveal more of her own hopes and fears for her life ahead.

Mutazione is a lovely experience, one that is grounded in a daily routine that quietly hums with a gentle kindness. There’s a delicate touch to its writing, and the contrast between light and dark means its more poignant moments carry greater emotional weight. One could imagine a version of this game that pushed the gardening mechanics in a more complex direction, but the strength of Mutazione--both the game and the island itself--is its story. Roots possess resilience, Kai learns, but they cannot be taken for granted.

It’s Like: Stardew Valley ponders the nature of existence.

I recently reorganised my bookshelf after downsizing my collection and was faced with an unexpectedly difficult decision. How to sort the remaining volumes on the shelf?

There’s the obvious strict alphabetical order by author’s last name, yet it’s not always an efficient use of space and rarely creates a display that is pleasing to the eye. Some people like to arrange books by genre or maybe size or even colour, knowing it is unlikely they’ll ever need to explain their singular, arcane system to another person. No method is perfect, of course, what matters is how it works for you.

Wilmot’s Warehouse is built around making you think about how you sort things. Every few minutes, new items--represented by simple, coloured, abstract icons on tiles--arrive at your warehouse. You can pick them up and move them around wherever you like, but it’s vital you remember where everything is stored because you’re also asked every few minutes to fulfill orders of said items. With time ticking away, you now need to know exactly where to find those three boxes that sort of looked like pink lollipops. Did you file them away with the other pink items? Or did you create a food section for things that kinda sort of look like they might be edible? Or maybe they’re with all the things that have circles on them because that seemed like a good idea at the time?

This is a game that is both more and less than what it first seems. Perhaps the most surprising aspect is there is no real attempt at a narrative layer, no specific details around who you are or why you’re working this warehouse job, no twist where the curtain is pulled back to reveal some deeper truth. This is no Papers, Please style study of how mundane bureaucracy hollows out humanity, though in its drip fed rewards there’s a light satire of vacuous management motivational methods.

In this absence, however, Wilmot’s Warehouse becomes something more substantial than merely pushing boxes. As the deliveries pile up, and the combinations of abstract shapes, colours and possible symbolic meanings multiply, things can become rather stressful, as you find yourself having to retain so much information in memory, as it were, while also constantly updating that data set with new categorizations. At all times, though, there’s a satisfying sense of getting a job done intertwined with the tactile pleasure of shuffling things into their appropriate places.

Amongst all this, perhaps as you’re shunting what might be a football or maybe an egg down aisle three, you’ll experience another quiet revelation about how you perceive the world.

It’s Like: The Sokoban-style puzzle game adopts the Kon-Mari method.

The terrible reach and comical limits of absolute power are both on display in Fit For A King, a witty retro-styled adventure game in which you play the titular monarch and your people's perception of you matters. For example, you can approach any of your subjects and command them to pay their taxes on the spot, directly to you but the timid peasantry will shy away from telling you important information if you greet them in full royal garb. A sly change of clothes out of sight, however, and they’ll open up once they see you as an equal rather than a lord to be feared.

Your efforts to fill the kingdom’s coffers and befriend the commonfolk are less in aid of the realm and more to serve self-interest. A rival king, you see, has announced a sudden visit and you must hasten to prepare a reception that honors the status of such an occasion while at the same time humbling a regal peer.

In its aesthetics and interface, Fit For A King doesn’t so much nod towards the classic Ultima RPGs from the 1980s as fall to its knees in awestruck veneration. Beyond a visual style that closely apes Ultimas IV and V, chatting with NPCs is carried out via typing keywords into a text parser. Asking “name” and “job” gets the conversation started while following up with the right topics based on their responses is vital to securing their services for the royal visit or to prompt a new avenue of party-planning investigation.

Light and breezy in tone, the dialogue is effortlessly charming. It’s often very funny, too, especially when the game is reacting to some of your more unusual kingly decrees. I reformed the church and then ruled that people can now marry game objects, for instance. By the end of my reign, I had managed to divorce one queen, marry another, marry a particularly tempting barrel from the wine cellar, and knight my faithful dog. I also sentenced the executioner to execute himself.

Fit For A King is probably not entirely suitable for an actual king. More the court jester, if truth be told. It’s a constant delight, a pocket-sized kingdom whose walls, crypts and woods are crammed full of secrets, strange turns and unexpectedly hilarious interactions. I don’t think you need to have played an Ultima game to appreciate what it’s doing, but those who have will adore the countless references and subtle subversions.

It’s Like: The most gentle, affectionate parody of ‘80s PC RPGs you could imagine.

Find Fit For A King on Steam and Itch.io.

David Wildgoose is a freelance critic and journalist based in Australia. He has been writing about video games for three decades and was the editor of legendary Australian print magazines HYPER and PC PowerPlay, as well as the Australian edition of Kotaku. He loves Dark Souls and Deus Ex, strategy games and indie games you've never heard of.