Some puzzles might not be solvable for those who are color blind or hearing-impaired.

The Witness is a difficult puzzle game by itself, but players who are color blind or hearing-impaired are likely to have an even harder time. Several puzzles in the game rely on colors and listening to audio.

Kotaku reported that some players are having troubles distinguishing between colors, particularly in the Bunker section of the game. Editor-in-chief at Kotaku Stephen Totilo tweeted out the above image, asking for color blind people to comment on if they can differentiate the colors.

Many people, including GameSpot sister site Giant Bomb's Jeff Gerstmann, said it wasn't as easy to figure out which colors were different.

The AbleGamers Charity tweeted a GIF that showed what the puzzle would look like for those with color blindness, saying it would be nearly impossible for those with Protanopia.

Unlike some games that rely on color-based gameplay, The Witness does not provide a colorblind setting. However, you do not need to complete these puzzles to finish the game. Lead developer Jonathan Blow told Kotaku there's not much the team can do when it came to the individual puzzles.

"The approach instead was to ensure the game did not require you to complete any particular area to get to the end," Blow said. "Color blindness is only an issue with a fraction of the puzzles in the game, and our design focuses these puzzles in a small number of areas, so the workaround is just to skip those areas."

Kotaku points out that the difficult color-based puzzles will be easy to find, even for color blind players. They do note that the puzzles relying on audio won't be so easy to spot and have provided links that show where you'll find them.

These problems aren't the only ones facing those wanting to play The Witness. Some players have reported getting motion sick, and Blow says he is working on an update.

GameSpot scored The Witness a 9 in our review, which said it molds its world, puzzles, and themes into such a layered, cohesive whole that, if we look hard enough, we'll keep finding new ways to perceive it. 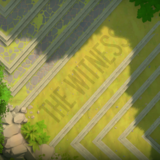