EA's new compilation of The Sims features not one but two of the game's popular expansion packs.

The Sims Double Deluxe is scheduled for release in September. Originally released in 2000, The Sims and its many expansion packs are the best-selling PC game franchise of all time and consistently appear on NPD's weekly sales charts. 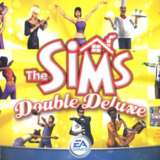