The Hobbit is the upcoming multiplatform game from Vivendi Universal based on the novel of the same name by J.R.R. Tolkien. The game is slated to be released for the Game Boy Advance, GameCube, PlayStation 2, Xbox, and PC. Saffire is developing the GBA version, Inevitable Entertainment is handling the console versions, and Fizz Factor is working on the PC version. We had the chance to check out the GameCube version today and have a look around the game's virtual Middle-earth.

Our tour started with the game's opening level, which offers a brief taste of the combat in the game via a dream sequence that takes place during Bilbo's fainting spell when he's asked by Gandalf to take part in an adventure. You're thrown into a brief sequence based on the battle of the five armies that takes place at the end of the novel. After you've had a brief sample of what's to come, you're kicked back to reality and into the game's first level set in Hobbiton. The level serves as an in-game tutorial and introduces you to the basic gameplay mechanics you'll need to start out. You'll be able to explore Hobbiton and discover some of the collectible items you'll come across in the game, such as courage points (which look like red gems), silver and gold, and blue gems. The courage points will reward you with an extra slot in your health meter when you've collected enough. Silver and gold will serve as currency, which you can use to buy items on the vendor screen that you'll see at the end of each level. The blue gems serve as the breadcrumb trail you'll use to follow the critical path through the game. However, if you follow the gems, you'll miss out on side quests and other discoveries you'll find by being nosy. In addition to gathering collectibles, you'll learn how to throw stones and use your walking stick as a pole vault to reach new areas.

The next level we checked out was a series of spider-filled caves you'll be exploring as you search for your kidnapped friends. We were able to get a feel for some of the other game mechanics here, namely combat with Bilbo's sword, climbing on ropes, interacting with nonplayer characters, and some puzzle mechanics. Combat was fairly straightforward and reminiscent of a Zelda game. Rope climbing was equally accessible and very reminiscent of Link 's abilities as well, which is hardly a bad thing. Interacting with nonplayer characters worked well--Bilbo encountered an imprisoned dwarf who offered some useful information in the hopes that Bilbo would return to free him. Finally we got a feel for some puzzle solving--it involved pinging an enemy with a rock, which triggered an event to let Bilbo gain access to a new area. The "troll hole" level found Bilbo exploring a cave in the wake of his theft of a pocketbook. The segment was a good demonstration of some of the traps and side quests you'll encounter. The booby traps posed some serious hazards, with an assortment of spikes that shot out of the floor and walls. During the exploration of the cave Bilbo encountered an elf who asked him for help, setting up a subquest. Once you've helped her she thanks you and heads out. However, your kindness is repaid later in the game when she lends a hand to return the favor. Exploring the cave offered plenty of opportunities for more combat, which worked out well since Bilbo was able to perform a few more moves with Sting, his sword.

The next level we played was Murkwood, a forested area crawling with spiders, and two abilities were shown off here: lock picking and the ability to turn invisible. The level opened up with a bit of Tarzan-style tree surfing as Bilbo entered the forest in search of his friends. Later in the game we saw some locked chests that required Bilbo's lock-picking skills in order to open. The sequence was pretty much in line with the lock-picking mechanic we've seen in other games, so it should be pretty easy to pick up. Later in the level, when faced with a plethora of unruly spiders, Bilbo used his ring to turn invisible, which gave us a feel for how the mechanic will work. Basically, once you use the ring, you'll be invisible to enemies around you until an onscreen meter runs out.

Finally, we were able to see Smaug in a level that mirrors Bilbo's attempts to prove himself as a master thief by stealing items from the dragon's cave as portrayed in the book. The game's stealth mechanic is the key gameplay element at work in this level, and you'll have to maneuver Bilbo through a series of obstacles as quietly as possible in order to reach your prizes. An alertness meter keeps you apprised of Smaug's awareness of your presence.

The graphics in the game are looking very sharp and make good use of the GameCube hardware. The environments are large and detailed, and the design strikes a good balance between expansive and enclosed areas. The environments are pretty rich in detail, with a host of little effects such as lighting and transparencies. Bilbo's model looks very good and animates well. The roughly 30 enemies you'll encounter in the game, some of which have been created especially for the game, all look good and animate well. The game's story is advanced by a combination of CG movies, real-time cutscenes, and "pages" from the book, which are static images that advance like the pages in a novel.

From what we've seen so far, The Hobbit is shaping up to be a playable game true to its source material. The graphics are solid and immersive, and the gameplay is very accessible and engaging. Barring any horrible mishaps, the game should be an action game worth a look on any platform. The Hobbit is currently slated to ship across all platforms this September. Look for more on the game in the coming months. 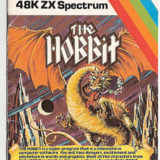 The Hobbit: The Prelude to the Lord of the Rings
Follow

View Comments (0)
The Hobbit: The Prelude to the Lord of the Rings