The Free PS4 PS Plus Games For November 2018 Have Leaked

Kick bad guys in the junk and become the Dragon of Dojima for free. 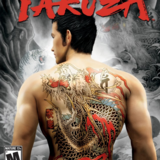 We might still be in the early days of October but Sony has revealed what games PlayStation Plus subscribers will be able to download for free and play on their PS4s come November. The official PlayStation website currently has a neat little graphic outing Bulletstorm: Full Clip Edition and Yakuza Kiwami as November's PS Plus freebies.

There will likely be additional titles for PS4, PS3, and PS Vita, but Bulletstorm and Yakuza Kiwami are the headliners. Bulletstorm: Full Clip Edition is a remaster of the PS3, Xbox 360, and PC shooter developed by Epic Games and People Can Fly. It launched in April 2017 and received an 8/10 from GameSpot, with reviewer Scott Butterworth saying "the experience absolutely holds up." He continued: "The skillshot system remains wildly fun and inventive, the weapons are still a gruesome joy, and the writing...well, it's as distinctive as ever." You can read the full Bulletstorm: Full Clip Edition review for our full take.

Yakuza Kiwami is also another remake, this time of Sega's PS2 classic. The new and improved version released in 2017 and was received well. In GameSpot's Yakuza Kiwami review Peter Brown said it "does a great job as both a remake of the original Yakuza game and as a sequel to Zero. Despite that combat remains more of a bump in the road than a rewarding pursuit, it's a no-brainer for existing fans of the series, and shouldn't be overlooked by newcomers, even if Zero passed them by. There's nothing else quite like Yakuza, and Kiwami isn't afraid to show it."

October's title are currently available to download and include Friday the 13th: The Game and Laser League for PS4. Master Reboot is available for PS3, while Rocketbirds 2: Evolution, 2064: Read Only Memories, and The Bridge are available for PS Vita (and also PS4 via Cross Buy). You can learn more about October's PS Plus titles here.