Best of Games 2017
Check It Out
Feature Article 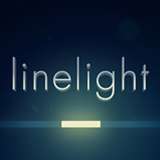 While not as massive a year for mobile as 2016, this year still had an array of fantastic gems. Across the multitude of games released on mobile on a daily basis, the ones that stood out the most were inventive takes on puzzle games, retro callbacks to the past, and fascinating new experiences that grasped the distinct qualities of the platform. Smartphone games have always dominated among more casual audiences, but they're now drawing attracting the attention of gamers everywhere with experiences you just can't get anywhere else. In no particular order, here are our Best Of Mobile from 2017.

Video games are so often praised for being complex or impressively lavish, but sometimes all we really need is a dash of color and a simple puzzle to get sucked in. Linelight focuses on these basic components, making it an easy game to jump into. You guide a little beam of light along a path from point A to point B, and then shuffle onto the next puzzle.

Shifting pathways, enemies (dangerous red beams), and cycling animations make the game challenging. These obstacles increase from one level to the next, demanding complicated mental gymnastics as you strategize before making your first move. Originally released on consoles and PC, Linelight on mobile is just as effective and puzzling, but with the added benefit of being able to alter your orientation--a helpful tool when faced with the game's most intricate designs.

Bury Me, My Love

Perhaps one of the most impactful games of 2017; Bury Me, My Love is a mobile title that chronicles the journey of Nour, a woman fleeing war-torn Syria in hopes of making it to a better life in Europe. While light on gameplay, Bury Me, My Love distinguishes itself through a compelling narrative that explores the experiences of someone attempting to make a treacherous journey through refugee camps, past security checkpoints, and across borders.

Bury Me, My Love's narrative unfolds in pseudo-real time and is presented like a WhatsApp conversation, and together these two elements ground the game in reality, despite the fact that the story itself is fictional. Playing as Majd, Nour's husband, you're able to communicate with the character, offering advice and guidance to help her along the way. Since events play out in real time, it's common to not hear from Nour while she attempts to navigate her way through a dark forest, is smuggled in a car by a stranger, or spends the night in a camp. The back and forth facilitated by the instant message-style interactions blurs the line between what's real and what's not, and over time, it becomes easy to forget that Nour is a fictional character. The strong writing and characterization, along with the fascinating context the game provides for Syria's political and military strife, engender a closeness with Nour; you want her to succeed, you fear for her safety, you fret when there's a long gap between her messages.

Bury Me, My Love is powerful and unique. In a world where it can be difficult to relate to others' hardships, this game provides valuable insight and perspective.

The original Monument Valley was a loving send-up to the classic puzzle adventure games of the past. With its M.C. Escher-inspired levels, many of which puzzled players while astounding them with visual luster, the first game was an inviting experience that challenged you to look at your surroundings differently. With the follow-up, Monument Valley 2, the puzzles and sense of wonder are expanded upon greatly.

While the first game focused on just one character, the sequel has you guide two. You have to navigate the many optical illusions with Ro and her child, which open up inventive takes on past puzzle-solving mechanics. By far the most striking aspect of Monument Valley 2 is its visual style, pulling from M.C. Escher and Japanese art prints to craft a world that inspires curiosity.

Above all, Monument Valley 2 is about the story of a mother and her daughter. While the puzzles themselves are what will attract people, the game offers a surprisingly unique and captivating narrative that ties it all together. And that's a wonderful thing within the package of a modest puzzle game for you mobile device.

The beauty of Arkanoid Vs. Space Invaders is that old-school arcade fans will get the concept immediately, making one wonder why this holy pairing didn't happen sooner. Instead of using the Vaus space vessel as the paddle to bounce off balls, you reflect the invaders' attacks back them. The classic varieties of brick densities and power-ups that Arkanoid is known for are just two of the many factors that create variety to these 150 stages. You have to strategize what bricks to hit while also factoring in how the invaders are hiding behind these barriers.

Despite the tiny size of the paddle, controlling this ship with your thumb is a breeze. You're not limited to side-to-side movement; there's flexibility to move vertically, giving you leverage for fine aiming. There's a gratifying sense of strategy as you decide whether to use the paddle to reflect attacks straight on or ricochet enemy attacks against walls or bricks that withstand multiple hits.

A light narrative structure and manga-style character design helps inspire you to press on invasion after invasion. A hefty amount of visual effects and flares spruce up the stage-to-stage flow. These graphical touches and the motivation from the story goals go a long way toward turning single-mission sessions into 20-mission marathons. And with power-ups that reference characters from other properties like Psychic Force, Elevator Action, and Darius, Arkanoid Vs. Space Invaders is a touching mini-celebration of game developer Taito's legacy.

Framed 2 expands on the distinct design of the original, offering a multitude of clever puzzles that are as entertaining to solve as they are to see play out. There's much to love about its film noir visuals and pulpy jazz soundtrack, but where it shines is in how it continually challenges and rewards your inclinations to tinker with a puzzle. It helps that the failures you make in your attempts to find a solution are rarely debilitating, instead only encouraging you to reassess the problem presented. The elegance of switching panels makes it easy to learn from your mistakes and construct a new solution. While this was true of the original, it's made all the more enjoyable in its sequel thanks to how rewarding it is to find puzzle solutions this time around.

Whether you're switching pathways to pave the way for your mysterious suitcase wielding protagonist to escape a pursuing guard dog or guiding his equally mysterious stalker through a series of ventilation shafts, Framed 2 is a joy to interact with. And when it isn't captivating you with its puzzles, the caper plot on display is made all the more endearing through how well it evokes character without dialogue, while still maintaining a sense of clarity in its narrative. In all its moving parts, Framed 2 is not only a spectacular sequel to an already masterfully executed puzzler, but a fantastic game in its own right.

GameSpot will be unveiling its picks for the best games of the year throughout all of December. Check out our Best of 2017 hub for even more.