The 2 Million Dollar Puzzle Is Back: It's Time To Piece Together A QR Code

Assemble a 500-piece puzzle for your chance to win $1 million.

Last month, we highlighted a unique QR-code jigsaw puzzle that, when scanned, gives you the chance to win $1 million. The 2 Million Dollar Puzzle --it's called that because two lucky puzzle enthusiasts will win the top prize--has returned. 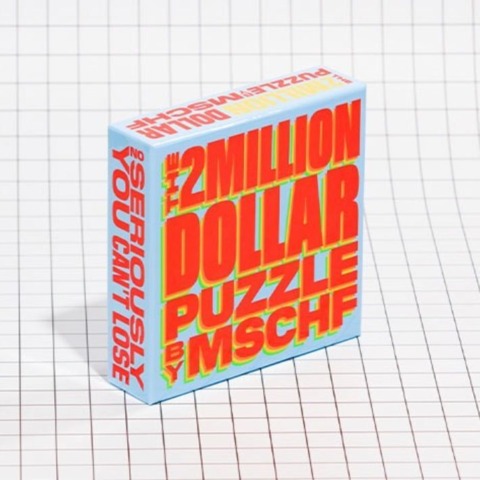 The 2 Million Dollar Puzzle is exactly what it sounds like. After piecing together the jigsaw puzzle, you’ll have assembled a fully functioning QR code. This can then be scanned with your phone to redeem your reward--which ranges from $1 all the way to $1 million. The puzzle is only 500 pieces, but since you don’t have a reference image to compare your progress, it’s a bit more challenging than your standard jigsaw puzzle. The potential to get rich makes it a bit more exciting, too.

You’ll need to be 18 or older to redeem the code, but there are “no losers” with The 2 Million Dollar Puzzle. Everyone who completes the challenge will get at least $1, although let’s hope you end up with something more substantial.

At the very worst, you'll have spent $24 for an afternoon of jigsaw fun. And hey, maybe you'll want to frame and display your QR code? If you do win the $1 million (very, very unlikely), consider dropping a few bucks on these other mind-bending puzzles, such as the Venn Puzzle, Tycho Puzzle, or Jack Puzzle.