Tales of Luminaria Ends Service In July, Less Than One Year After Launch

The mobile JRPG was originally launched back in November.

Bandai Namco announced it will be sunsetting the mobile RPG title, Tales of Luminaria, on July 19. This comes less than one year after it was first launched on November 4, 2021.

"As the first completely original mobile title in the 'Tales of' series, our sincere intent was to make this game fun and, by taking on various challenges, to bring 'Tales of' to a wider audience around the world, not only Japan," Bandai Namco says in a statement. "Additionally, we have tried our best to make this service playable over a long time, encouraged by the supportive comments and feedback we have received on SNS."

It continued, saying, "However, we could not do enough, and we sincerely apologize to all those who have supported and played Tales of Luminaria."

【Notice of Service Termination】
We regret to inform you that "Tales of Luminaria" will end its service on July 19, 2022 PDT.
For more information, please visit the official website or check the in-game announcement.https://t.co/1XVAw4zTnQ

Weekly episodes will also end following the server closure announcement. The game has a staggering roster of protagonists, with which Bandai laments, explaining, "We unfortunately will not be able to fully depict the fate of the 21 heroes and must end the episodes in the middle of the story. Even more, some characters will be left without getting an episode 2. We are very sorry for leaving these stories untold."

The last update for Tales of Luminaria will come at the end of May with version 1.6.0, which includes Episode Final, a story that takes place right before the anime adaptation Tales of Luminaria: The Fateful Crossroad.

This isn't the first Tales of mobile game that Bandai Namco shut down. Earlier this year on February 6, Tales of Crestoria shut down as well.

Tales of Luminaria was first announced back in August 2021 during Gamescom Opening Night. 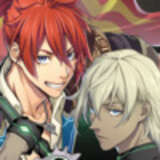