In a move that leverages the recent acquisition of sports-focused developer Visual Concepts, as well as its seven-year licensing deal with the Major League Baseball Players' Association (also announced yesterday), Take-Two Interactive has launched a new publishing label: 2K Games.

According to a statement, 2K Games--and a sub-brand, 2K Sports--will develop games for consoles, handhelds, and PCs. Titles published under 2K Games and 2K Sports will come from both in-house studios and third parties.

Some of the titles that will now come from the new label are Close Combat: First to Fight, Close Combat: Red Phoenix, Stronghold 2, and Charlie and the Chocolate Factory.

"The team at 2K Games is rapidly building a sweeping lineup of high-profile licensed and proprietary titles," said Paul Eibeler, president of Take-Two.

Yesterday, Take-Two also announced that it plans to acquire all common assets belonging to Visual Concepts, the previously Sega-owned development studio known for publishing ESPN-branded sports titles. In an interesting subplot to the deal, Sega will bring some Take-Two/Visual Concepts titles to Asian arcades.

"We view the acquisition of Visual Concepts as a significant positive for Take-Two," TerraNova Institutional analyst Boris Markovich said in a report released today. "Take-Two now has two of the premier development teams in the industry [Visual Concepts and Rockstar Games, publisher of the GTA series]." The Asia deal also brings Take-Two's games into a new market for the publisher.

In general, analysts have been in favor of Take-Two's recent maneuvers and have said that gaining traction in the sports-game industry will be good for the publisher, as long as it can bring in enough revenue to counteract the estimated $80 to $150 million it reportedly spent on the MLB deal.

After about four hours of trading this morning, Take-Two's stock had risen 1.5 percent, just above $34 a share. Yesterday, Wedbush Morgan Securities predicted that Take-Two's stock price could rise to $40 a share by the end of 2005. 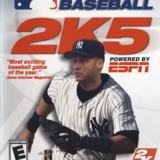