Take GT Legends for a test-drive

The muscle-car heyday of the '60s and '70s may be long gone, but it's obviously not forgotten, as the new demo for SimBin's GT Legends shows.

Available now at GameSpot DLX , the 269MB demo lets gamers take the wheel of three different cars to compete against up to 10 computer-controlled opponents on one circuit (with two different track layouts).

When it's released in October, the full version of GT Legends on the PC will feature more than 90 GT and touring cars of the '60s and '70s, including the Mini Cooper, the Corvette Stingray, and the BMW CSL. The game will start players off with a pair of low-end cars from the '60s and then require them to perform on re-creations of real-life European circuits to build up a garage of classic competition machines.

SimBin's last racer was the critically well-received GTR FIA Racing for the PC. 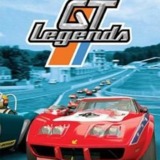