Alongside classic Fire Emblem heroes, Fire Emblem Warriors stars several all-new protagonists. So far, four original characters have been confirmed: the twins Shion and Lian, as well as two characters named Darios and Yuana. Chrom and Marth have also been confirmed, though other character classes like Archers and Mages will be playable as well.

Like a traditional Fire Emblem game, Fire Emblem Warriors employs the series' weapon triangle. Different classes also retain their unique characteristics; Cavaliers, for instance, battle on horseback and have high mobility, while Archers are effective against Pegasus Knights. Support conversations have been confirmed as well, though characters will not be able to fall in love and get married as they could in the series' more recent titles.

Fire Emblem Warriors is in development for both Switch and 3DS. The game is scheduled to release this fall, though according to Famitsu, development is roughly 70% complete. Nintendo has also announced a new Fire Emblem title for Switch, which is due to launch sometime in 2018. 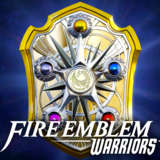