Street Fighter IV is ready for round two. When Capcom's flagship fighting franchise returned from relative dormancy earlier this year, it was critically lauded for faithfully recapturing much of what made its predecessors great. Capcom today announced it will be keeping to another of the series' traditions, the stand-alone revamp.

Capcom also revealed two of the additions to the roster, T. Hawk and Juri. T. Hawk debuted in the arcades with Super Street Fighter II and is one of only two characters in that game (Dee Jay being the other) not already included in the console and PC versions of Street Fighter IV.

The other confirmed character, Juri, will be the first Korean world warrior in the series, and uses an array of tae kwon do kicks to batter opponents into unconsciousness.

As a stand-alone game, Super Street Fighter IV won't be compatible online with its predecessor. However, Capcom has said that the game won't be a full-priced game, and the publisher plans to offer a special bonus to gamers who already own Street Fighter IV. 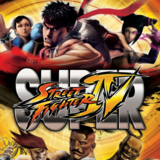 There are 398 comments about this story
Load Comments (398)