Here are the best stocking stuffers for gaming and tech fans this Christmas.

If you're on top of your game, you may have already finished shopping for all of your big holiday gifts, but what about the smaller gifts, the ones that fit in a decorative stocking? If you're still looking for a fun stocking stuffer gift to fill out your holiday gifts list, there are plenty of presents you can buy online (instead of having to shop in stores during a pandemic), and if you're shopping for someone into gaming or tech, we've got you covered with stocking stuffer ideas that'll make their Christmas Day special.

Below, we've collected an assortment of smaller, more affordable stocking stuffers that are just begging to be thrown in a sock. If you’re shopping for someone who’s into gaming or tech, you’ll find plenty of inspiration here, from small Bluetooth speakers and wireless earbuds to tiny video game controllers and some of the most useful Nintendo Switch accessories.

Need more gift ideas for gamers? Check out our picks for the best Nintendo Switch gifts, the best PlayStation gifts, and the best Xbox gifts this year, including games and accessories for PS5 and Xbox Series X. We've also rounded up this year's best gifts for Star Wars fans and gift ideas for Marvel fans too, many of which would work well as stocking stuffers. In our 2020 holiday gift guide, you'll also find great gifts for board game lovers, gifts for anime fans, and more.

Breath of the Wild Champion Amiibo 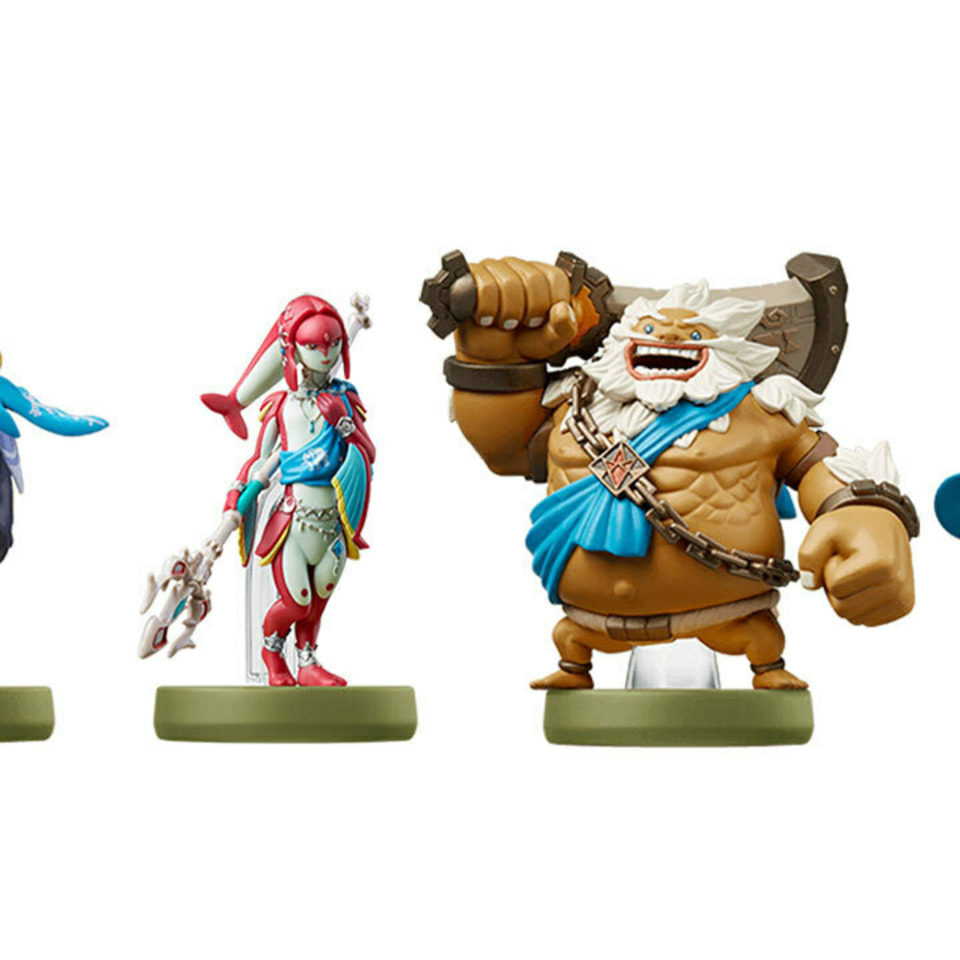 Nintendo has restocked The Legend of Zelda: Breath of the Wild's Champion Amiibo to coincide with the launch of Hyrule Warriors: Age of Calamity, a prequel game that tells the story of the war 100 years prior. Nintendo hasn't confirmed if the four Champion Amiibo will have any sort of functionality within the new game--presumably they will--but they make great collectibles for any Breath of the Wild fans. 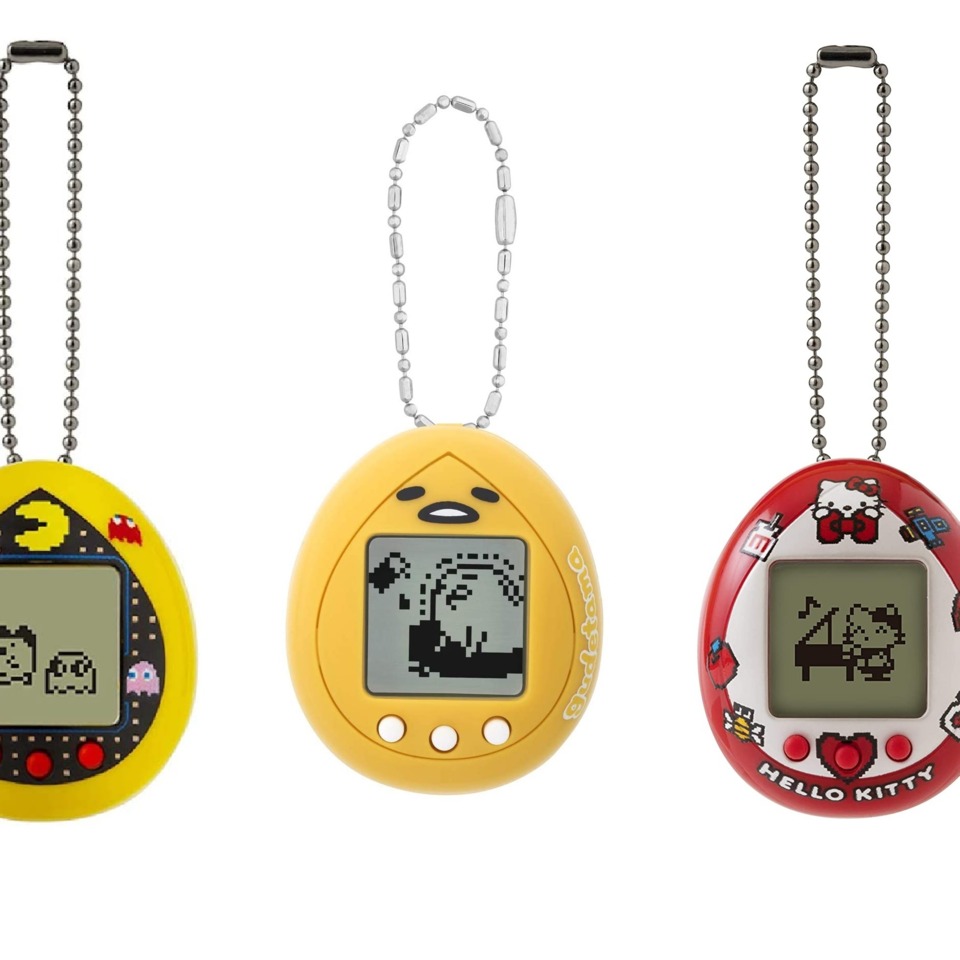 Tamagotchis were one of the biggest fads of the late '90s and early 2000s, and as many old trends do, they've since seen a resurgence in popularity among a new generation of kids. These little pets come as a keychain and have just a few buttons for simple inputs like feeding them and playing with them. They're also available for popular characters like Pac-Man or Sanrio's Hello Kitty and Gudetama and have features specific to that character--for example, in the Gudetama one, you sometimes have to save him from being picked up by chopsticks and eaten. 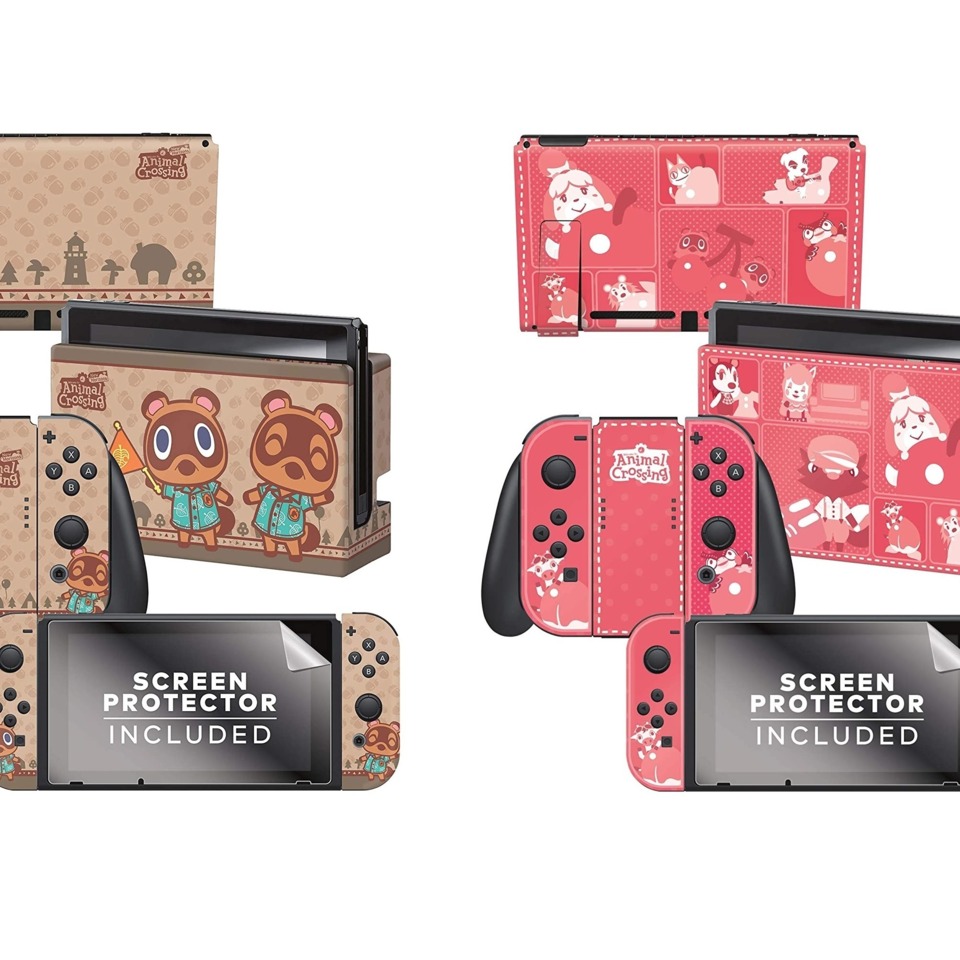 The Animal Crossing-edition Nintendo Switch has gotten a restock at many stores recently, but if you're not looking to shell out for a new Switch, you can still give your system a little flair by using these officially licensed console skins inspired by Animal Crossing: New Horizons. For just 20 bucks, you can apply a colorful design to your Joy-Cons and dock, and they're easy to pull off without leaving any residue. 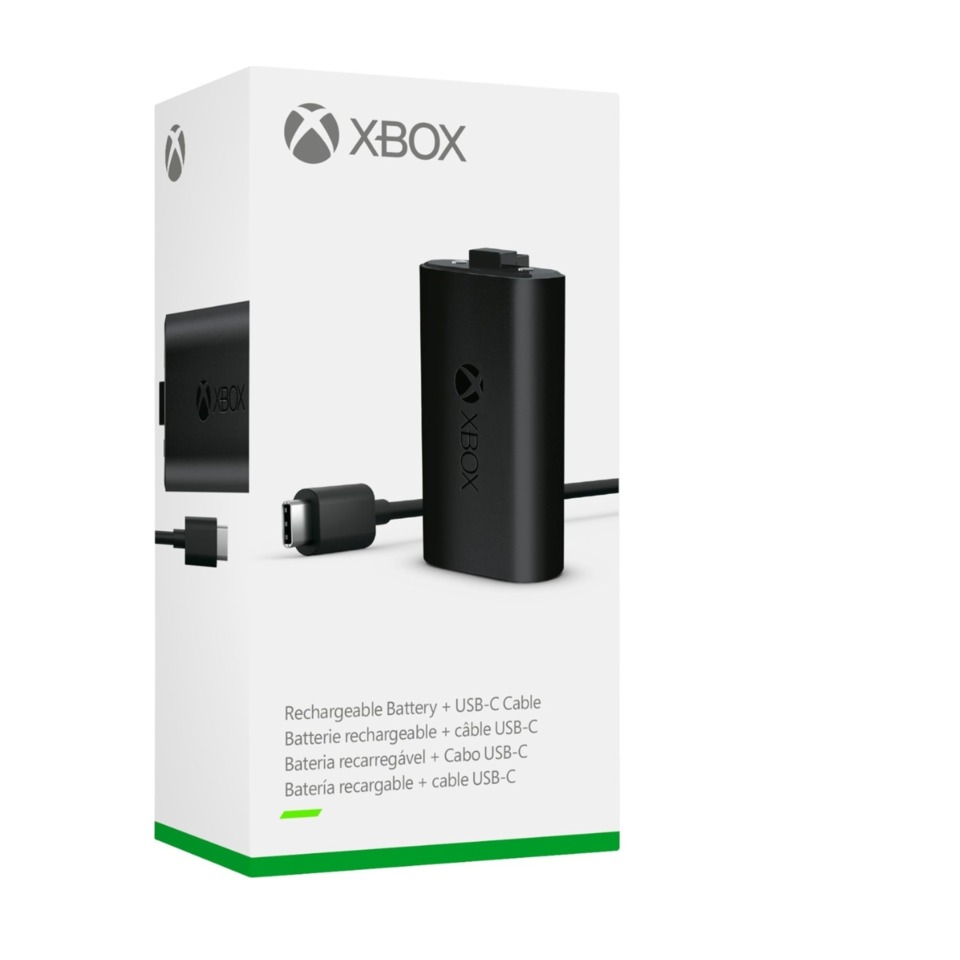 The official Xbox Series X/S line of accessories includes this Play and Charge Kit, which comes with a rechargeable battery to keep the game going while you charge your controller. For someone getting an Xbox Series X or S this Christmas, this kit will ensure they'll never have to stop playing in the middle of a session.

Though the PS5's DualSense controller doesn't have back buttons as previously suspected, you can add that versatility to any PS4 controller using the DualShock 4 back button attachment. This handy accessory adds two mappable rear buttons, a dedicated button for remapping inputs, and an OLED display that shows the currently assigned buttons. Though not compatible with the DualSense, the back button attachment is handy for PS4 owners and those who want to play backwards compatible PS4 games on PS5. 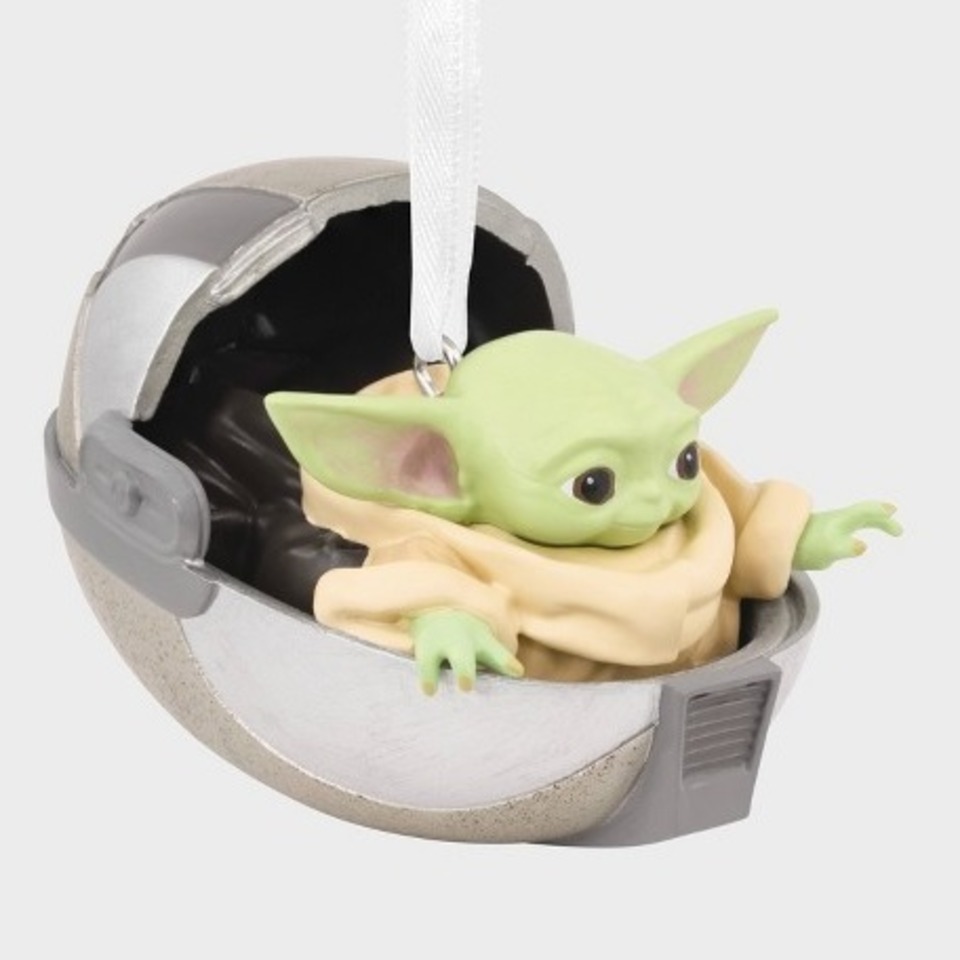 Just in time for The Mandalorian Season 2, you can purchase this adorable little Baby Yoda ornament for the tree. The ornament shows The Child nestled in his carriage and giving you a little wave.

The Mandalorian: The Child in a Bag Funko Pop 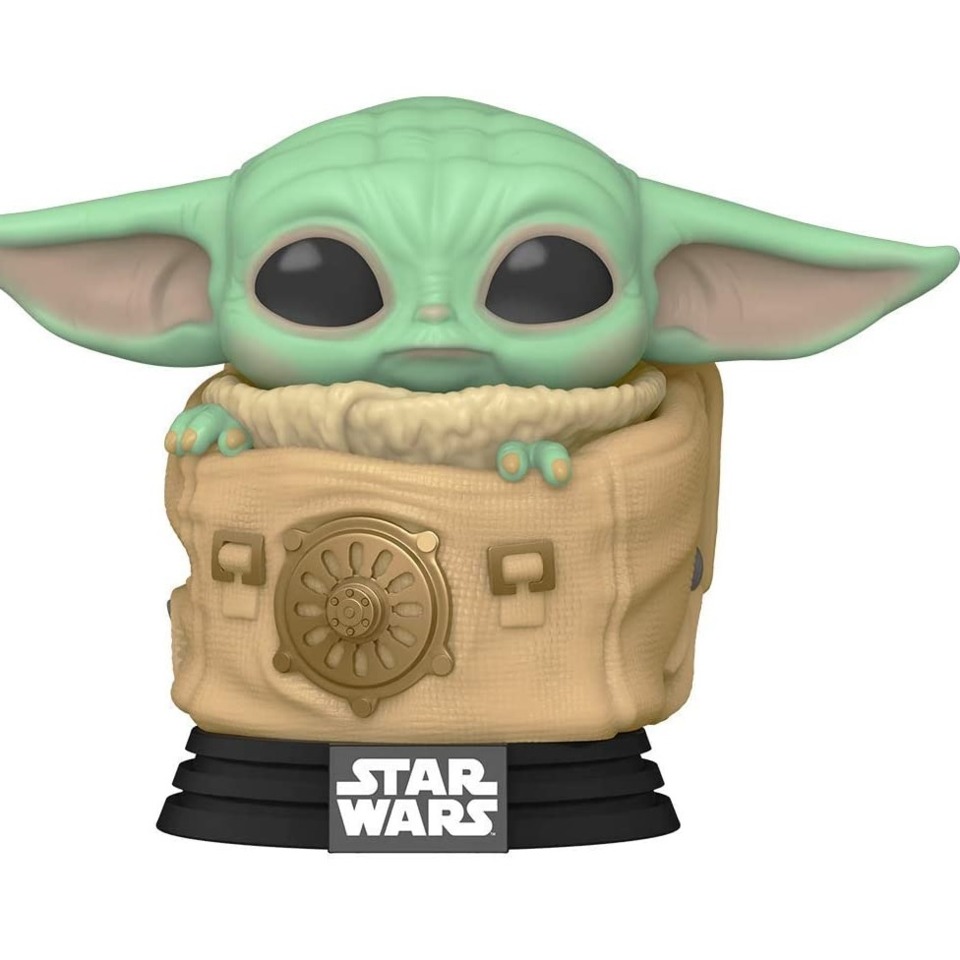 Because we couldn't just have one Baby Yoda product on this list, here's one of the newest Funko Pops starring the galaxy's cutest baby. Releasing November 15, just in time for the holidays, this upcoming Pop features The Child in a bag, and it's perfectly adorable. 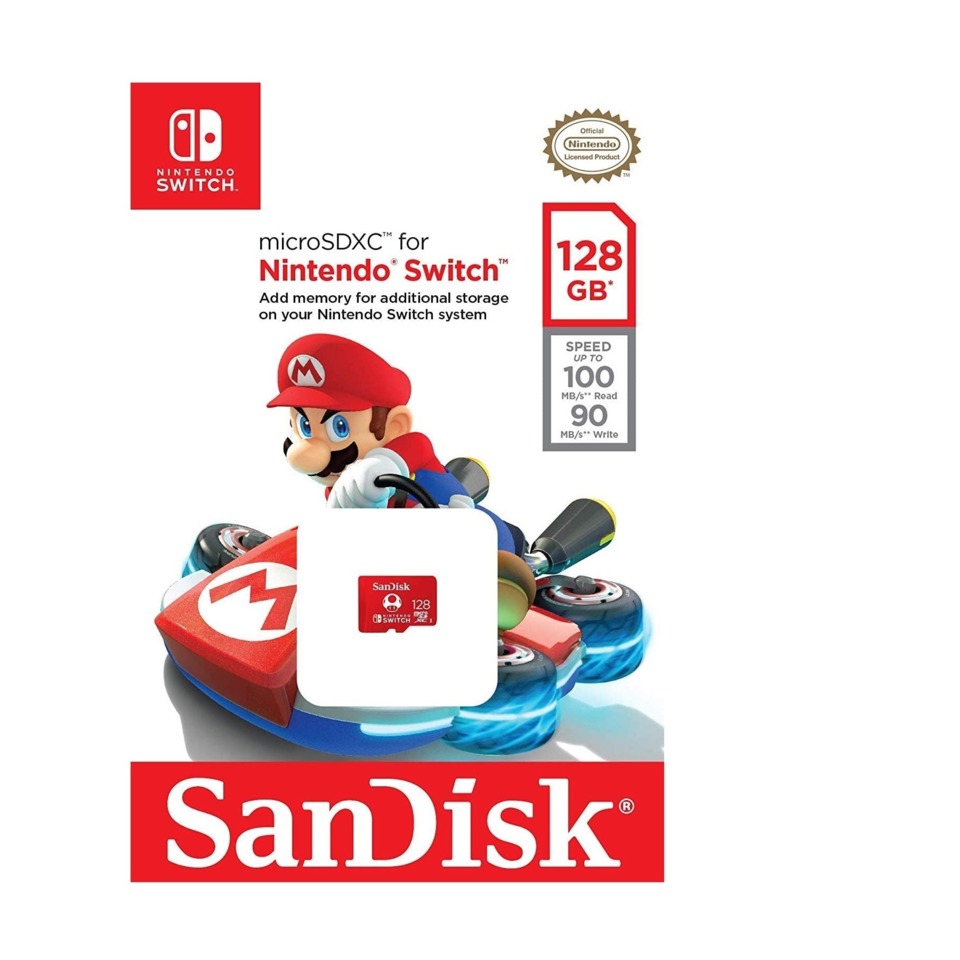 The Nintendo Switch comes with a meager 32GB of internal storage, so sooner or later, most Switch owners will use that up and need to add more storage space to their console. SanDisk offers officially licensed microSD memory cards that can simply be inserted into the system to instantly expand your space for downloading games, and the 128GB version is sufficient for many people. Particularly for new Switch owners, it'd be a welcome gift to find in their stocking come Christmas Day. 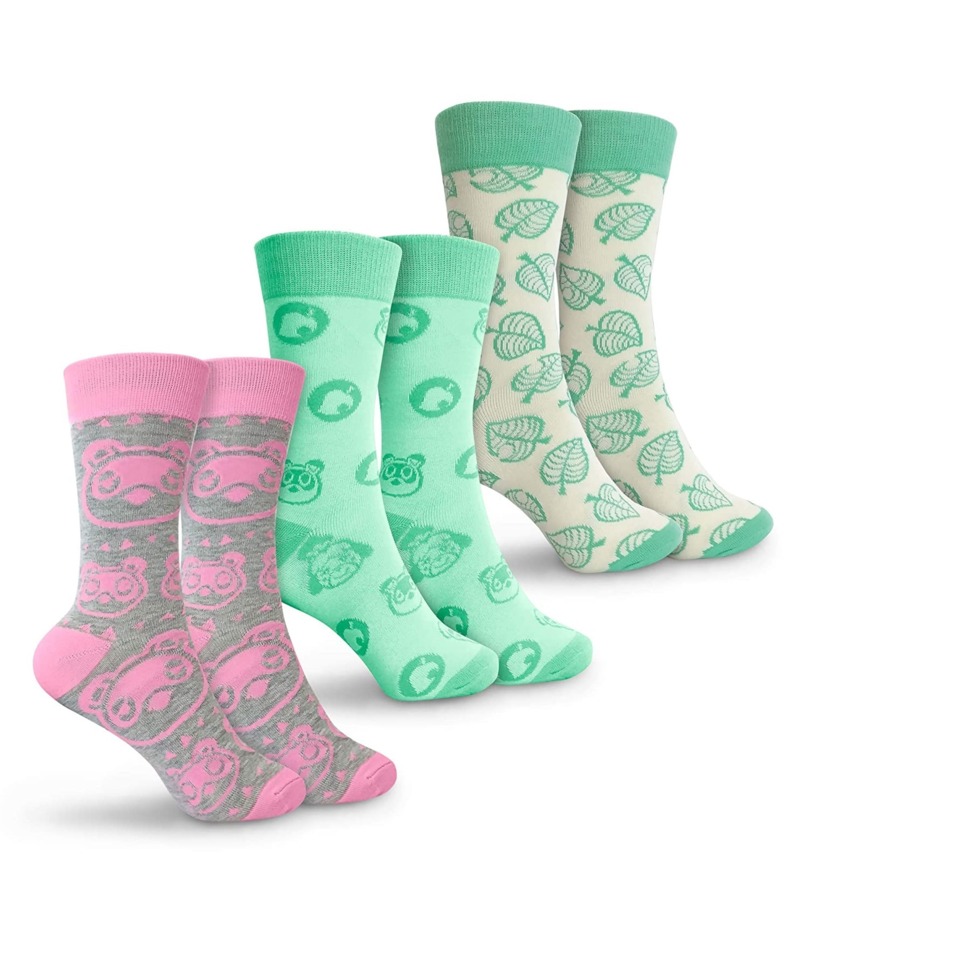 Cozy socks are a classic stocking stuffer, but this 3-pack from Controller Gear makes a particularly great gift for Animal Crossing fans, as each pair features a cute design inspired by New Horizons. 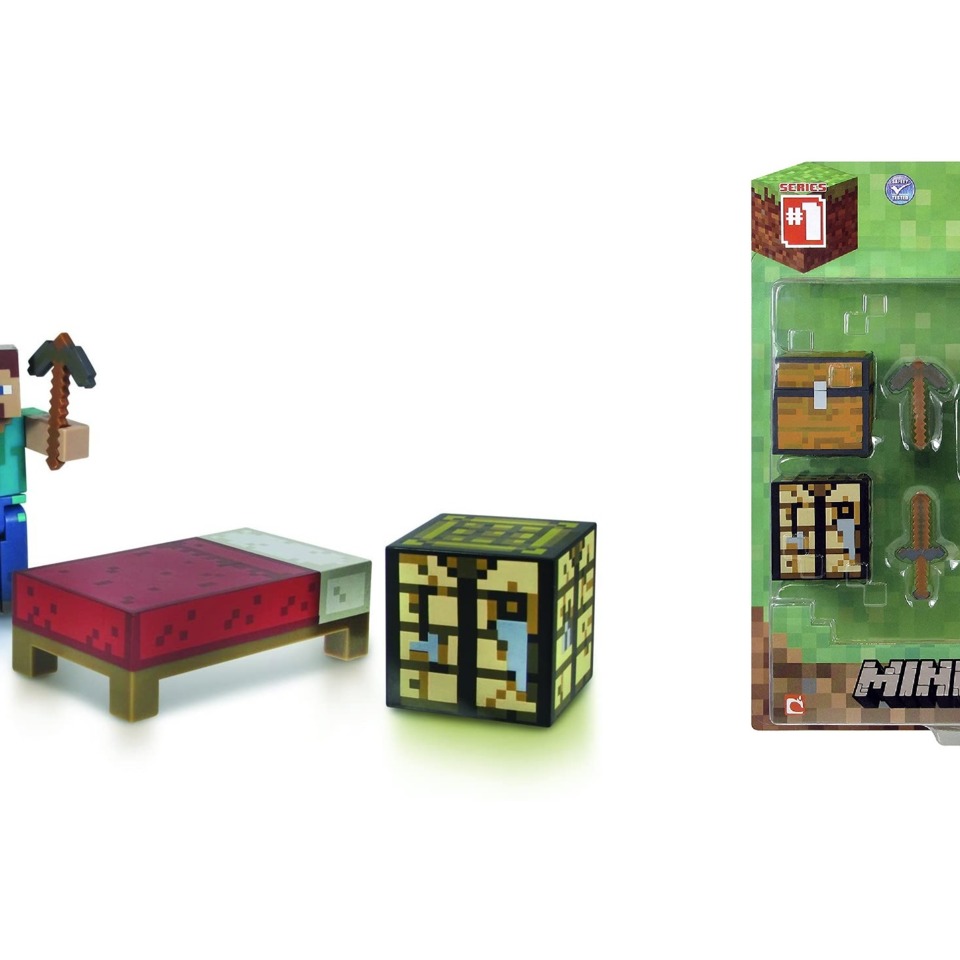 Despite being released over 10 years ago, Minecraft is still one of the biggest games in the world and especially popular among younger gamers. If you're shopping for a Minecraft fan, this Survival Pack is small enough to fit in a stocking and features a collectible Steve action figure, a workbench, and everything else a new player needs to get started. 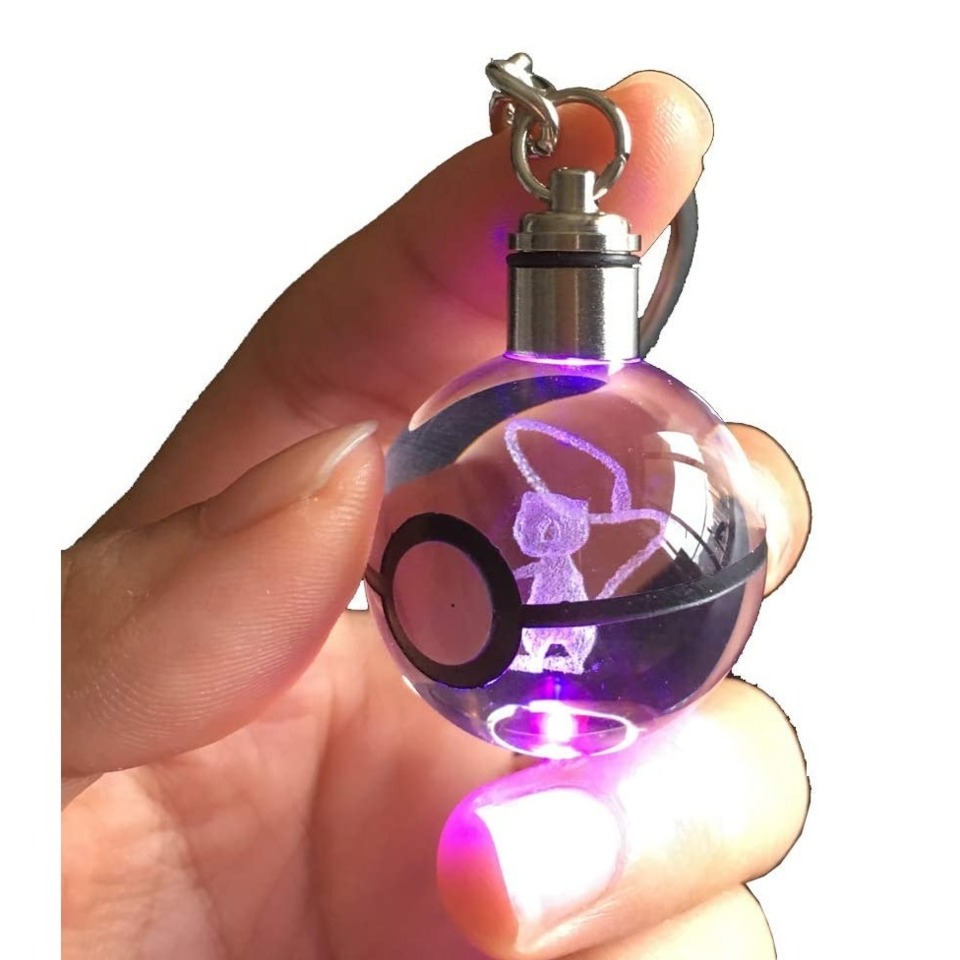 For Pokemon fans, this stunning crystal ball-esque keychain would be great to put in their stocking. With 17 different Pokemon to choose from, the keychain lights up and changes colors, with three different color-changing modes available. 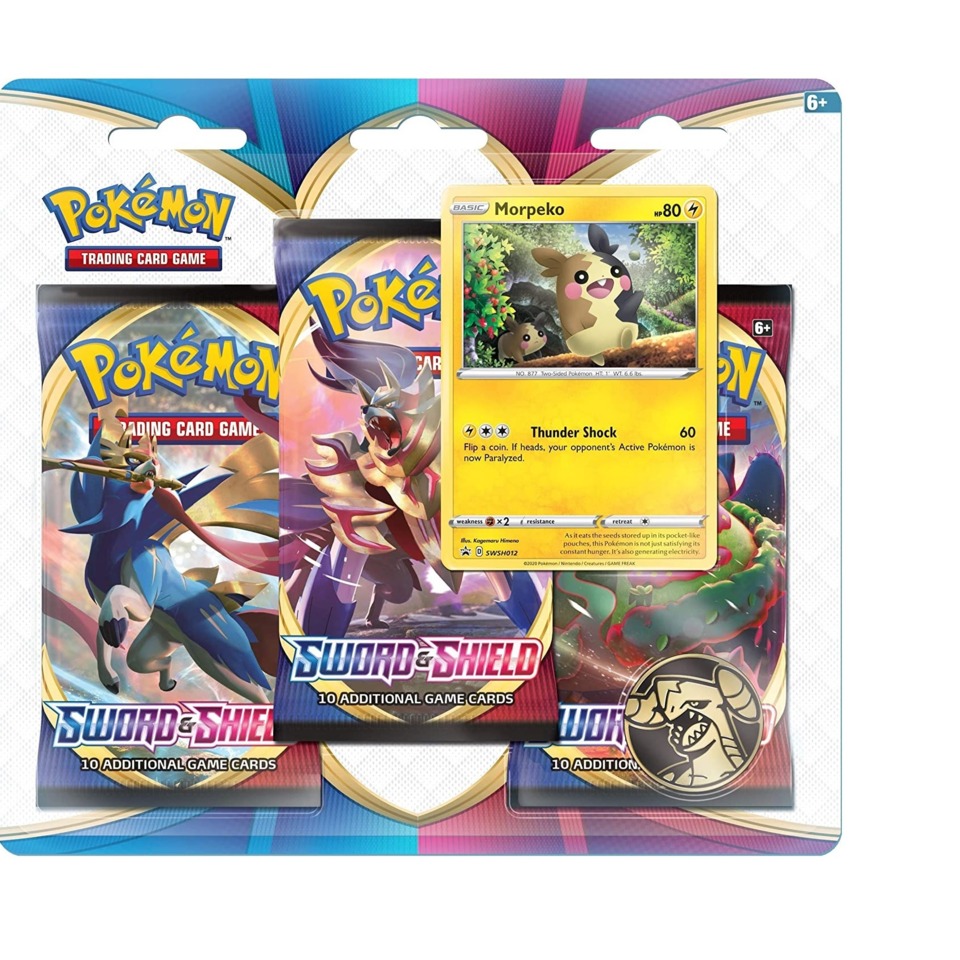 The long-running Pokemon Trading Card Game is still very popular among fans, with new sets continuing to release regularly. You can get a set of three booster packs with cards from Pokemon Sword and Shield at Amazon, a great way to help players add to their collection without worrying about what they already have.

Uno: The Legend of Zelda Edition 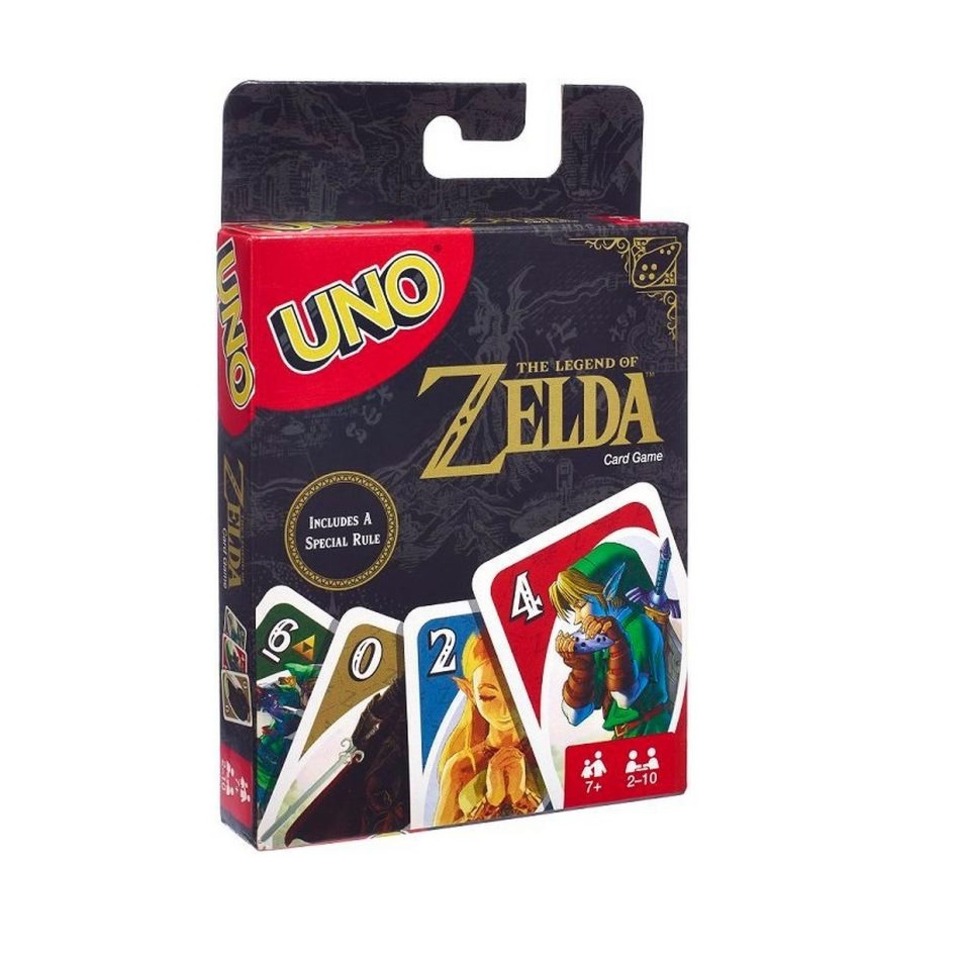 Uno is one of the most well-known and beloved card games, and GameStop offers an exclusive Legend of Zelda-themed Uno set that features art from the franchise and other special touches. Slip this into their stocking, and you'll have a fun game the entire family can enjoy on Christmas Day. 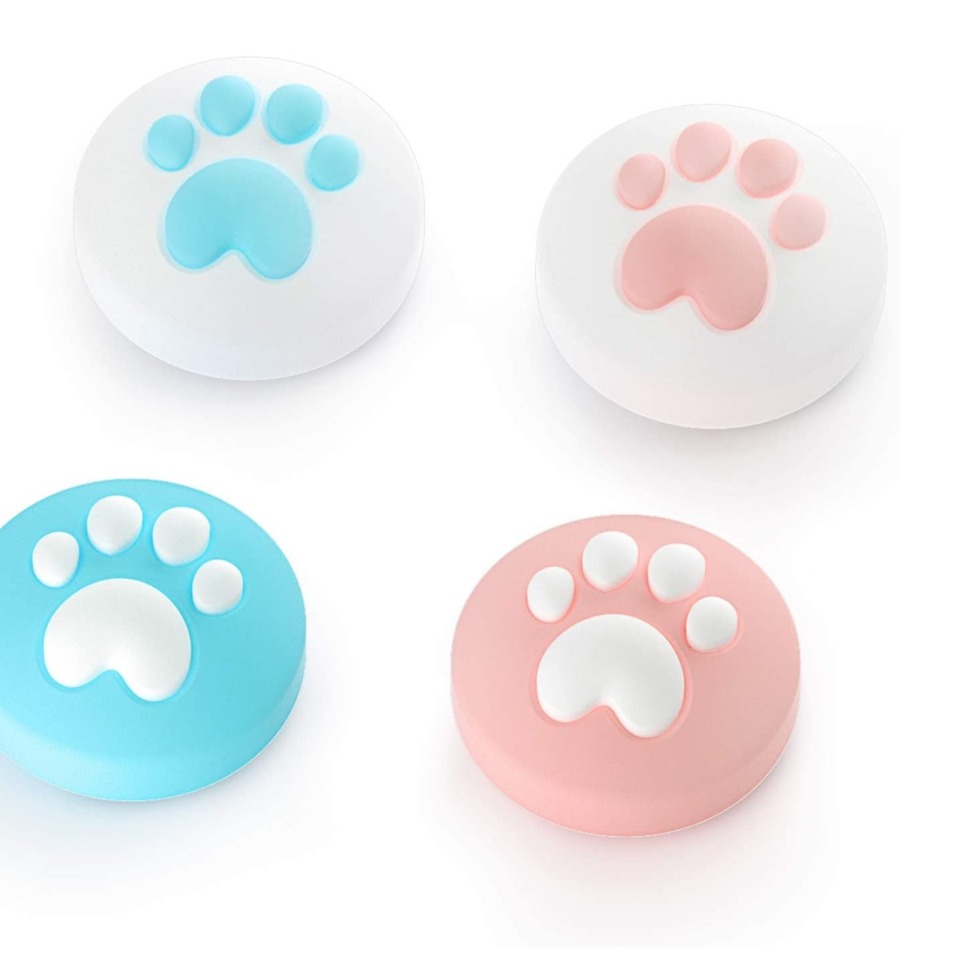 Thumbstick grips are a popular way of customizing your Switch to not only improve the grip of the joysticks but also add a bit of flair, and these cat claw-themed grips are perfect for those who love a cute, pastel aesthetic. 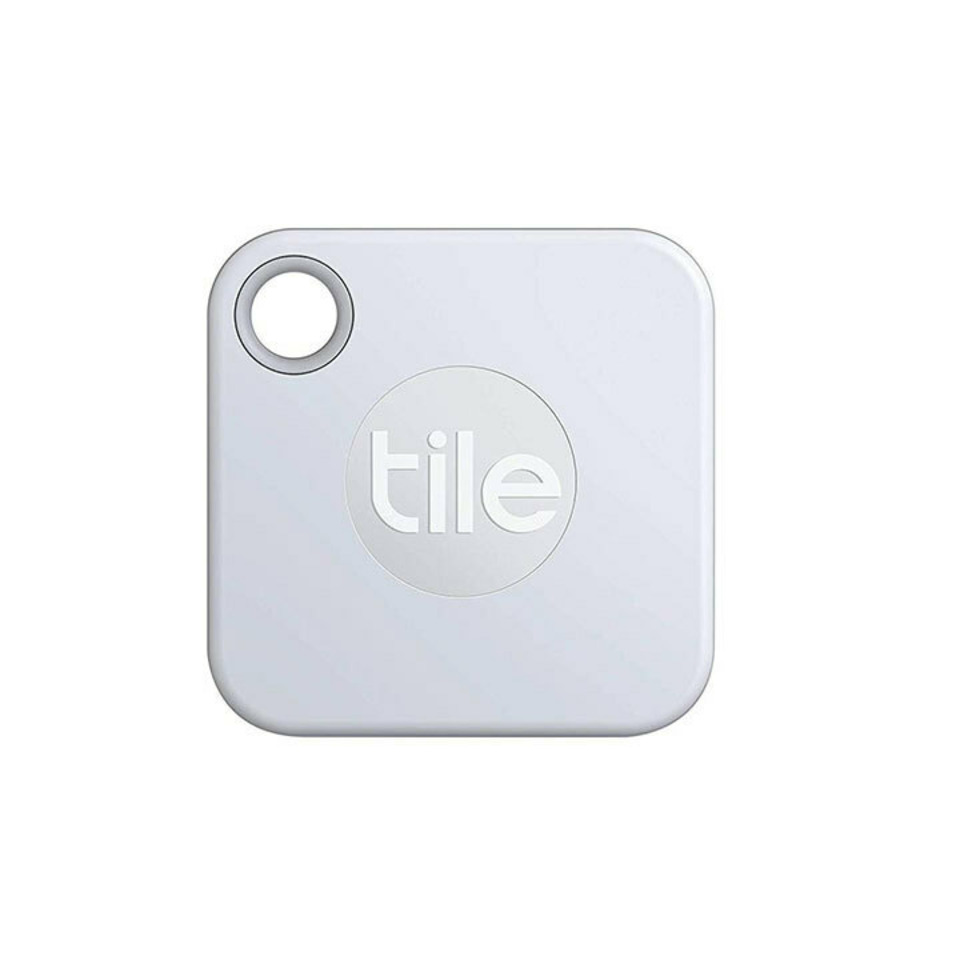 Tile Mate is a small device that you can attach to pretty much any item you own and track its whereabouts. You can make the Tile Mate ring as long as you're within 200 feet of it, and if that fails, then you can still find it with location tracking. The real killer feature of the Tile Mate is the ability to make your phone ring--even when it's on silent--if that's the belonging you've misplaced. Its ridiculous utility makes it a fantastic purchase for any occasion. 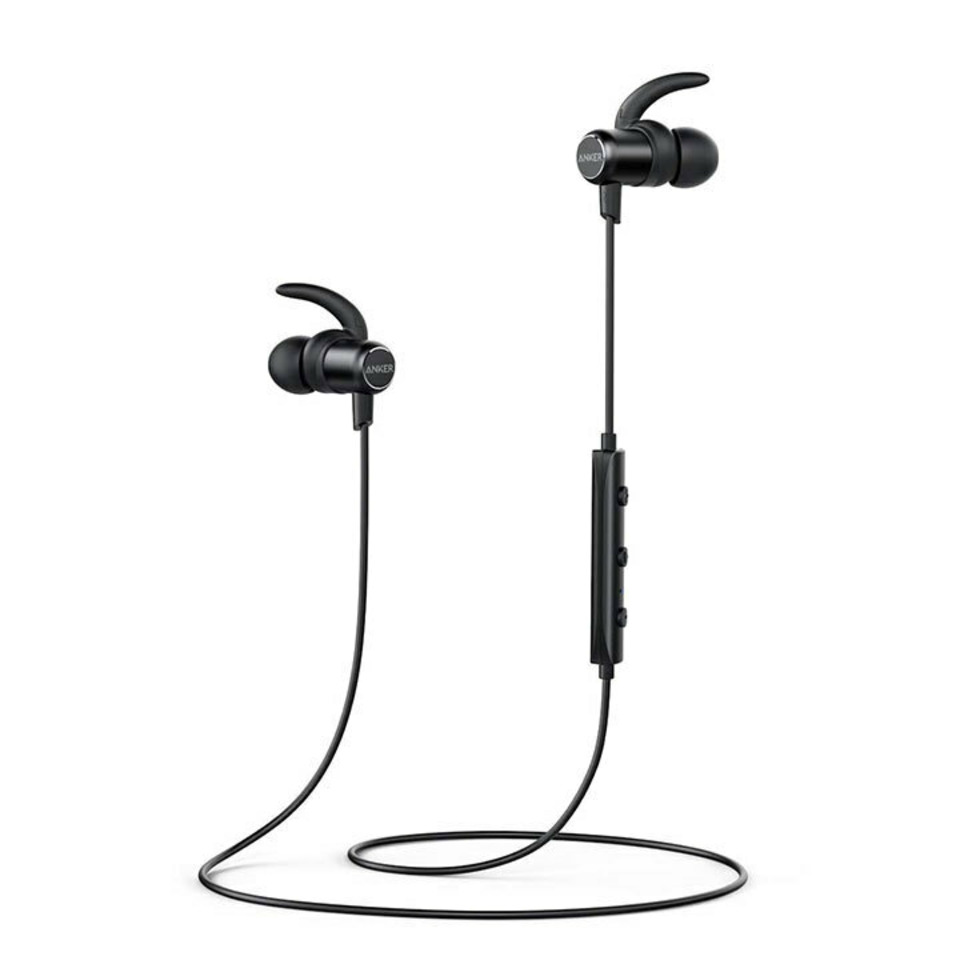 Anker is another company that makes great electronic devices, including headphones and speakers. These Anker Bluetooth headphones are one of our favorites, as they’re a great option for working out and going on hikes with. While they're not true wireless earbuds, you don't have to worry about them falling out of your ears and getting lost. 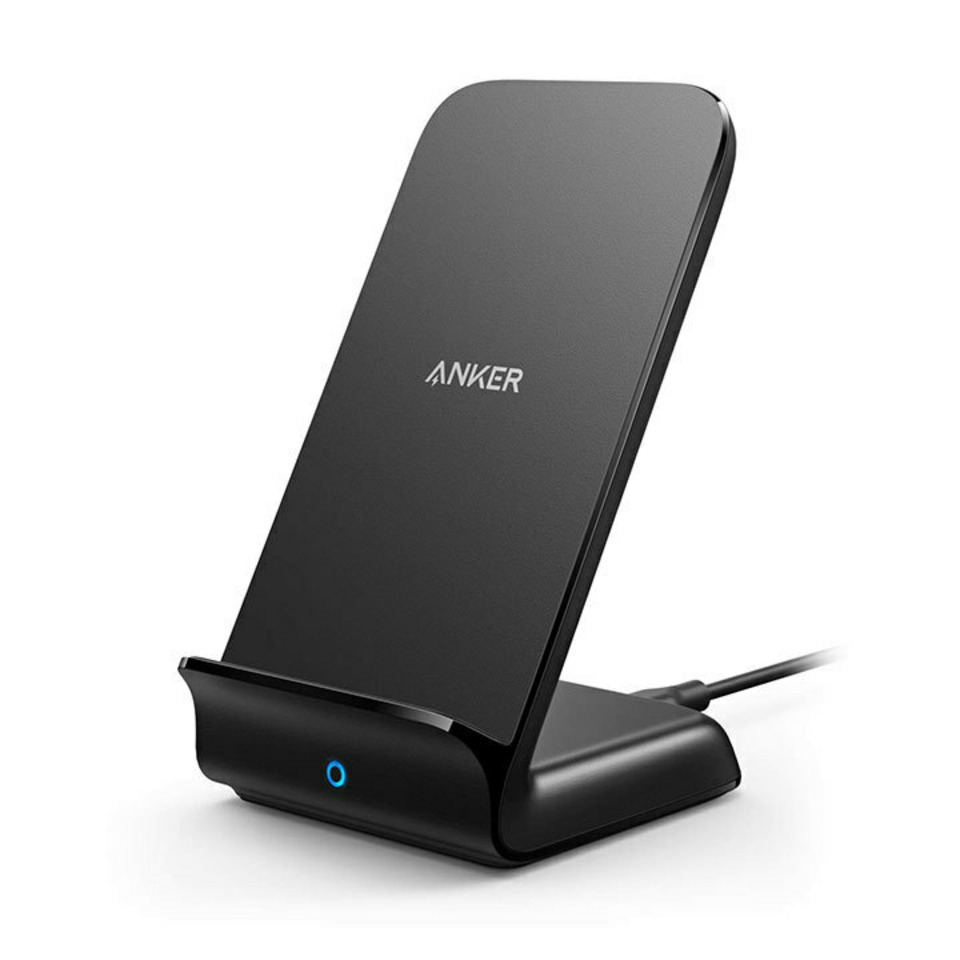 Wireless chargers are both cool and convenient, waving away the need to search for the right end of your charging cable before finally plugging it in and setting it down. The Anker wireless charger works with many different phones, but before you buy it, make sure your special somebody's phone is on the compatibility list, especially if you can find it at a discount before Christmas. 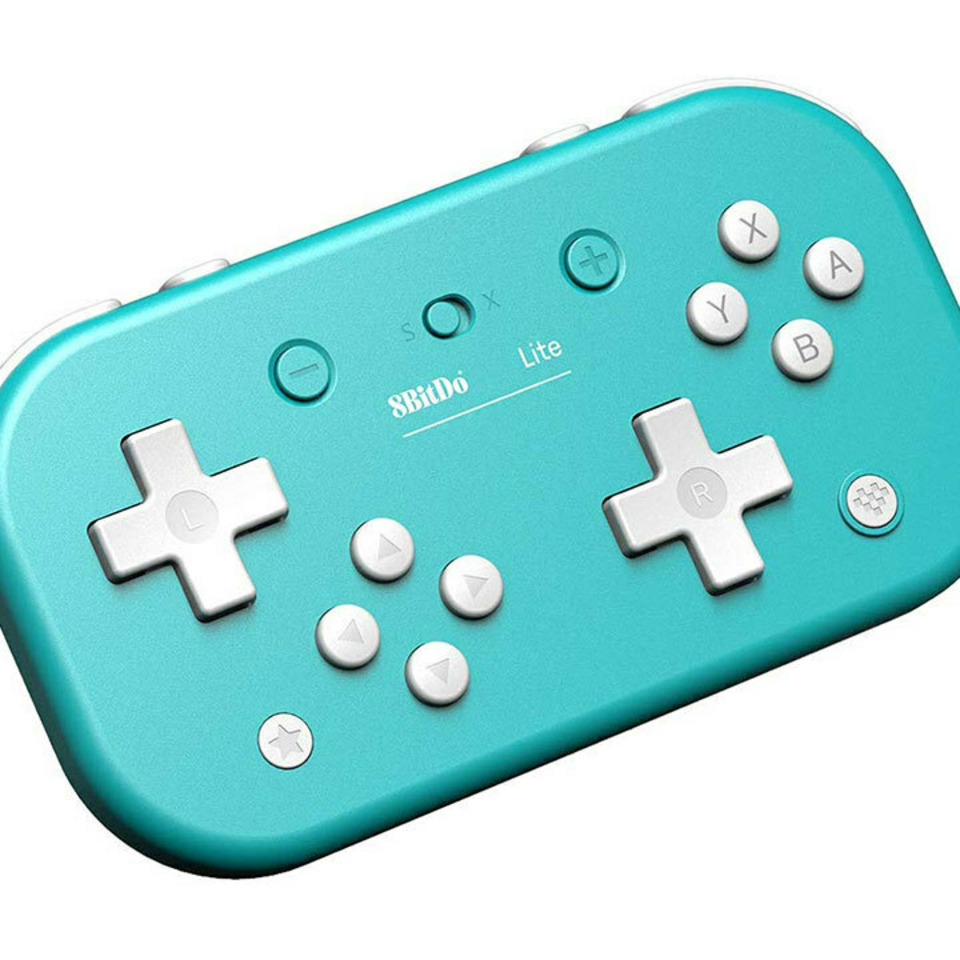 8Bitdo makes great controllers, and while this one might seem a little strange, it's actually an adorable, excellent little pad. One of the better stocking stuffers for kids, the 8Bitdo Lite Bluetooth Gamepad was built with the Nintendo Switch Lite in mind, but it also works on the regular Nintendo Switch and PC. 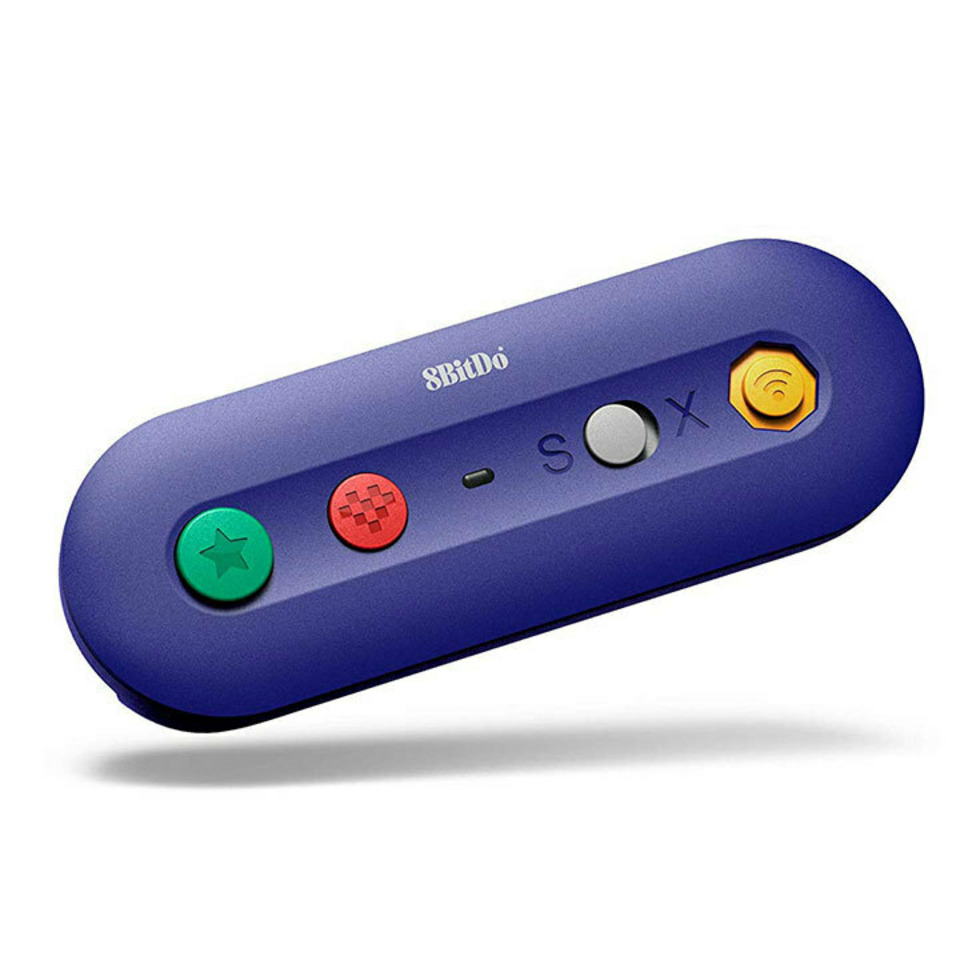 The 8Bitdo Gbros wireless adapter lets you connect a Gamecube controller wirelessly to the Nintendo Switch or a PC. It also has an input for NES Classic, SNES Classic, and Wii Classic controllers. The dongle itself features buttons for Home and Screenshot, too. 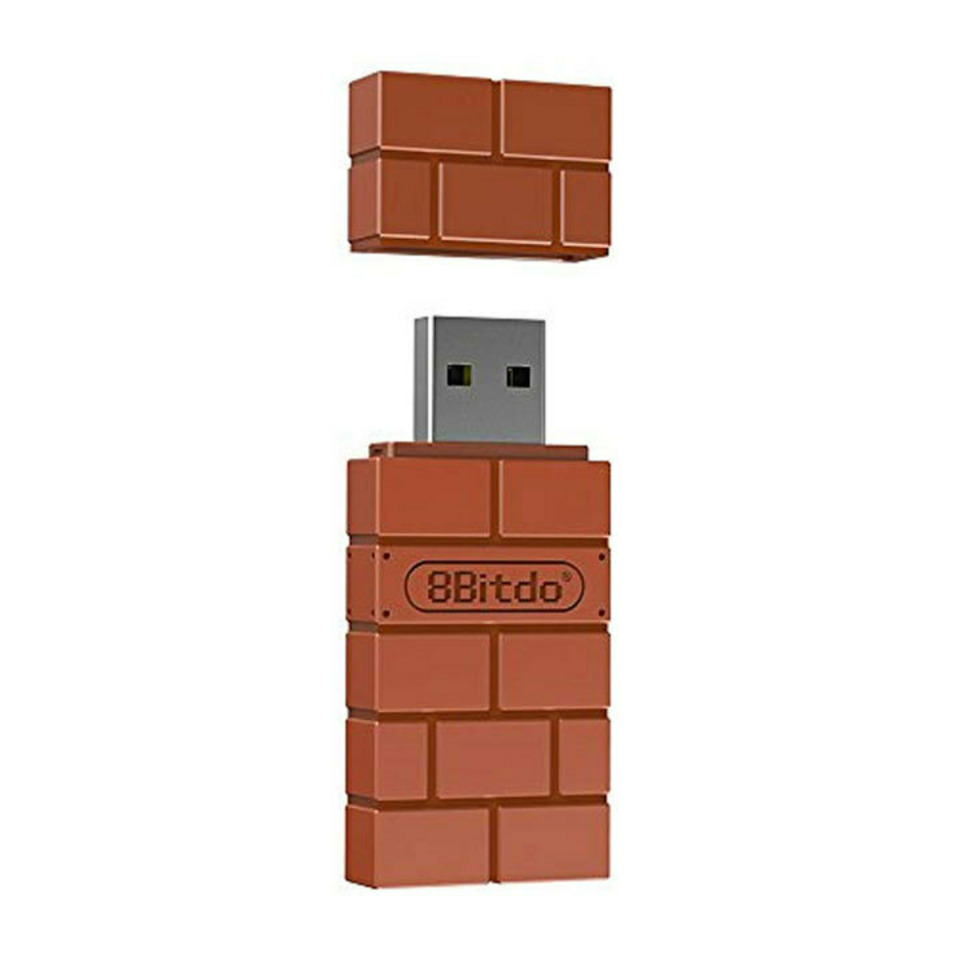 The 8Bitdo Bluetooth receiver is an easy way for any gamer to use their favorite Bluetooth controllers on the Nintendo Switch and PC. The receiver even comes with easy-to-understand instructions for setting up quite a few different controllers. 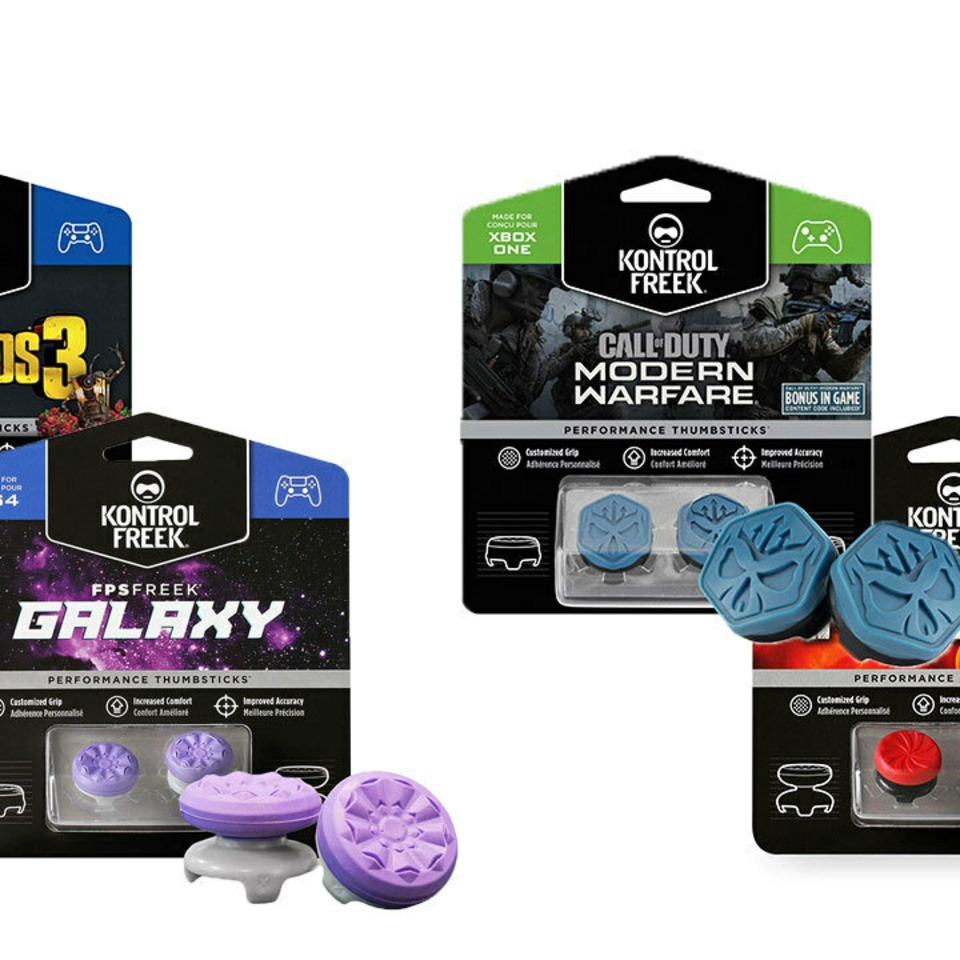 For a little extra grip on your PS4 or Xbox One controller's analog sticks, these performance thumbstick grips from KontrolFreek can get the job done. They come in multiple different grip and color configurations.