Christmas was last month, but many gamers got a nice present over the Martin Luther King Jr. holiday weekend. Word broke on the forums of the fan site Star Trek: Gaming Universe that a new, as-yet-unannounced Star Trek game is in the works. Currently, the only game based on the popular television and file franchise known to be in development is the massively multiplayer online role-playing game Star Trek Online.

It all began on Friday, when STGU's founder reported that the next issue of Game Informer magazine has an article about Star Trek: Legacy, a new game for the Xbox 360 and PC. Posters said Legacy, being developed by Mad Doc Software, is set for a September 2006 release, and will span the eras of all Star Trek television shows--Star Trek, Star Trek: The Next Generation, Star Trek: Deep Space Nine, Star Trek: Voyager, and Star Trek: Enterprise.

To paraphrase Mr. Spock, Mad Doc is a logical choice for a new Star Trek game, as it developed the 2001 real-time strategy title Star Trek: Armada II. Since then, the company has gone on to publish the more acclaimed Empire Earth II and its forthcoming expansion, Empire Earth II: The Art of Supremacy.

The Star Trek: Legacy posts are also apparent confirmation of a rumor from January 2005, which hinted that a Star Trek strategy game was in development. The source of this rumor was a post on the STGU forums from Harry Lang, the director of the licensing division of Paramount Pictures, the Viacom subsidiary that owns the Star Trek license.

Late this past Friday, Lang returned to the STGU board to confirm a new Star Trek game was indeed the works--although he avoided details. He dodged the subject of the game's title but appeared to confirm the release date mentioned in the forums. "Like I said before, traditional ST single player/multi player games have returned--and before STO ships," Lang said, referring to Star Trek Online's tentative early 2007 launch window.

In his January 2005 STGU post, Lang mentioned that a Star Trek game would be coming to a "non-traditional platform" by the end of 2005--presumably the Xbox 360. In his more recent post, he made brief mention of the "stringent requirements for Xbox 360" development, apparently confirming that the Star Trek game was coming to the console.

Though Lang also did not mention a developer, he did say the new Trek game has been in the works for a while. "Just because it was announced in this issue [of Game Informer], [it] doesn't mean development just started," he said. He also promised the game would be visually spectacular. "As for graphics, once you see the screenshots and this thing in motion, you will be blown away," he said.

However, some of Lang's comments were more confusing than enlightening. Responding to posters' claims that Star Trek: Legacy would be published by Bethesda Softworks, Lang made an aside about a "different publisher," making it unclear which firm would distribute the game.

However, the confusion was cleared up on Monday, when GameSpot contacted Mad Doc regarding Star Trek: Legacy. A friendly rep told us that "for assistance, interviews and general information regarding the Star Trek: Legacy title, all inquiries should be directed to Bethesda Softworks." For its part, Bethesda declined to comment, saying only to expect an announcement "shortly." 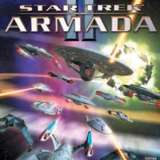