Since Verant plays such a large part in the new focus of Sony Online, which also currently offers free casual games on its Station@sony.com site, the company will move its headquarters from New York to Verant's native San Diego. Also leaving much unchanged, Verant's president John Smedley will become executive vice president and chief operating officer of Sony Online. Kelly Flock, the former president of 989 Studios - which was EverQuest's original publisher and has since been folded into Sony Computer Entertainment of America - will move to lead Sony Online as president.

Regarding the new Sony concentration on online gaming, Kelly Flock said, "...online gaming is the fastest-growing, most exciting area of interactive entertainment. It is a great honor to be able to rejoin the pioneers at SOE and the EverQuest development teams - under John Smedley's direction at Verant - in furthering our goal of facilitating the next evolution in games." 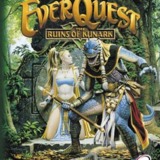