If I got the chance to meet Sonic, I'd have that look in my eyes too.

In a rather unexpected bit of San Diego Comic-Con news, Cartoon Network announced that Sega's Sonic the Hedgehog is coming back to TV before his cinematic debut. Sonic is making a guest appearance in an upcoming episode of Cartoon Network's popular animated series, OK K.O. Let's Be Heroes. And it won't only be the blue blur who's joining in on the fun, either. He'll be accompanied by longtime side-kick Miles "Tails" Prower, as is almost always the case.

The reveal came in the form of a short clip, which shows the series protagonist K.O. finding his battle buddies too tired to be heroes. With no one around to help him, you can probably imagine what comes next. Watch the nostalgia-packed clip, which contains sick music and a genius nod to Sonic 3D Blast, in the video player below.

For the uninitiated, OK K.O. Let’s Be Heroes is a cartoon series created by artist Ian Jones-Quartey. It debuted on Cartoon Network in 2017 and follows the adventures of K.O., a courageous and foolishly optimistic child attempting to be the greatest hero he can be in the video game-inspired world of Lakewood Plaza Turbo.

The upcoming Sonic crossover episode is titled “Let’s Meet Sonic” and will premiere on Sunday, August 4 at 4:45 PM ET PT on Cartoon Network. You can also watch the episode via Cartoon Network's app.

This isn't the first time Cartoon Network's OK K.O. Let's Be Heroes has touched anything games-related. While the series has been known to frequently reference classic video games, it has actually had a game of its own called OK K.O. Let's Play Heroes back in 2018. GameSpot reviewer Alexander Pan was rather mixed about the game, giving it a 6/10 and saying, "As far as adaptations go, OK K.O. Let's Play Heroes looks and sounds fantastic in a way that is distinct yet faithful to the source material. But the shallow mechanics, the repetitiveness of the gameplay loop, and narrative pacing issues prevent the game from being a rousing knockout." 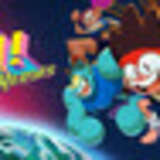