Sifu - The Squats Boss Fight Guide: How To Defeat Fajar The Botanist

The first boss is a breaking point for Sifu players.

Sifu is a challenging game even in between boss fights, but at the end of every stage in Sifu is a boss who will no doubt test your skills to their limit. Oftentimes these fights feel unfair, but thankfully, there’s plenty you can do to gain the upper hand. The first Sifu boss, Fajar, will likely cause some problems during the level The Squats, especially since you’ll still be learning the ropes at this point. Here, we’ll dive into the easiest way to defeat the Fajar boss in Sifu so you can get through The Squats and live another day.

How to defeat Fajar

We highly recommend starting this fight with a pipe, which can be acquired from the large warehouse before. There are two pipes lying around, along with other weapons you can make use of. If you don’t have a weapon, or simply want to beat the fight with your bare hands, our guide will still help – the battle will just be harder.

As soon as the fight begins, Fajar will always launch into the air and come down with a flip kick, so be sure you avoid or block this move right away. If this hits you, it’ll knock a significant portion of your health down. At this point, you’ll want to stay close to Fajar as much as possible. If you put distance between him, he’ll keep doing the flip kick move, so instead, stay right on him and unleash attacks. If you have the pipe, this will be a lot easier, but even without it, your main strategy should be to constantly attempt to parry and block the boss’ attacks. Once an opening appears, go in for a strike.

Successful attacks, parries, and blocks will raise Fajar’s Structure meter, which is key to finishing the fight quickly. This means you can play defensively and still take Fajar down, without leaving yourself open. Likewise, you’ll want to be aware of your own Structure meter. If Fajar raises it to the max, your Structure will break and you’ll be left immobile temporarily, which could end the fight quickly. With that in mind, try to back away a little if your Structure is about to be cracked. You can stand on the other side of an object to avoid getting hit right away.

Another essential trick is to use your Focus attacks, which are guaranteed to connect (while also leaving them open for additional strikes afterward). Specifically, we like the Strong Sweep Focus attack, which causes the enemy to fall on their back. Then, walk over, hold down Circle and you’ll deal a few blows while they’re on the ground. They’ll get up and be groggy for a second, leaving them open for even more attacks. When it’s all said and done, this Focus attack technique will raise your enemy’s Structure meter a significant amount.

Towards the start of the fight, we advise playing as defensively as possible. Block attacks, watch his patterns, and gather as much information as you can. Even though Fajar seems unbeatable, he’s one of the most straightforward bosses in the game. Eventually, once you break his structure, you’ll perform the Triangle + Circle finisher to move onto phase two.

During phase two, Fajar takes you to a new stage full of bamboo. His eyes get fiercer and the fight looks like it’ll be even more difficult than before. As soon as this phase begins, run around to the other side of the bamboo cluster and you’ll see some sticks tied to one another. Simply walk into them and they’ll fall, allowing you to pick one up. If you’re doing a barehanded run, ignore this step (though, using a stick makes this fight tremendously easier).

Like the first phase, Fajar will begin this section by leaping out from the trees with a devastating attack. We recommend running around the stage until he appears. After that, you can pummel him just like before. Keep in mind, Fajar will periodically jump back into the bamboo, so run around when this happens so you can avoid his leaping attack. If you get lucky, he’ll land close enough to you so you can run behind him and strike his back.

This section plays out a lot like the first phase, only Fajar will have access to a knife, which can be blocked and parried. When he’s about to attack with the knife, the tip of the weapon will shine, telegraphing what will come next.

Hopefully, your Focus meter will have filled up by this point, so make sure to use the Strong Sweep attack once again. Much like the first phase, stay on the defensive and don’t get greedy with your attacks. You’ll still raise Fajar’s structure even while blocking, so no need to make it easy for him to unleash a combo on you.

Keep running around to collect weapons so you’ve always got the upper hand against Fajar. Once you break his structure, finish him off and the fight will end. One down, four to go.

For general information about how long it'll take to beat Sifu, visit our guide here. We've also got you covered with the tips and tricks you'll need to become the Sifu. 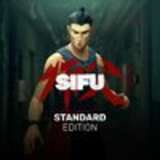