After 16 years, legendary designer Sid Meier is revisiting one of his most beloved and popular games with Sid Meier's Railroads!

Sid Meier is responsible for so many classic games that it's hard to keep track of them at times. There's his early work with simulators and adventure games. Then there's Sid Meier's Pirates! and, of course, the best-selling Sid Meier's Civilization series. Now Sid is revisiting one of his most beloved franchises with Sid Meier's Railroads!. You may recall that Sid created the original Sid Meier's Railroad Tycoon in 1990, and that the series was later picked up and continued by PopTop Software and Gathering of Developers years later. So instead of reclaiming the Railroad Tycoon brand, Sid is starting a new one with Railroads!. But if Sid's recent remakes are any indication, this promises to be the spiritual successor to Railroad Tycoon, done by the master himself.

The original Railroad Tycoon was one of those deceptively addictive games that melded a simple yet deep economic simulation together with a love of model railroads. Railroads! promises to put you back into the role of building your own railroad empire during the Golden Age of rail travel. If the original Railroad Tycoon is any indication, then this likely means that you'll once again have to create a railroad company at the dawn of westward expansion and begin connecting towns and cities across America. The original game had you competing against rival railroad companies to link cities and industries together, while you also worried about manipulating the stock market to make sure that you stayed a robber baron. Railroads! will cover the age of rail from the days of steam-powered locomotives to today's diesel and electric trains. And, once again, you'll also have to worry about moving people, managing cargo, and watching the bottom line while battling rival tycoons and robber barons.

Railroads! will introduce a new market system at the harder difficulty levels that models a dynamic economy, so supply and demand as well as random events will keep you on your toes as a businessperson. The economy will have more than 20 different goods that are required by 30 different industries, which means that you'll have to construct a network that can get raw materials to where they're needed, and then deliver finished goods to where they're in demand. The game will offer a number of single-player scenarios that let you go up against famous robber barons such as J.P. Morgan and Cornelius Vanderbilt, or else you can create your dream railroad using the train table mode. Aside from the single-player gameplay, Railroads! will also introduce multiplayer play, and you'll be able to go up against your own friends in head-to-head play or team with them in cooperative play.

As you'd expect, Railroads! will look light years better than the first Railroad Tycoon, an easy feat considering that the original is a 16-year-old game designed to run on 4MHz machines. Firaxis will use an enhanced version of the 3D graphics engine that powered the 2004 Pirates! remake, as well as last year's Civilization IV. There will be more than 30 trains in the game to admire, ranging from the earliest models to today's sleek bullet trains, and you can even design your own steam engine using the game's locobuilder feature. The game looks pretty sharp, but just the sheer thought of Sid revisiting Railroad Tycoon is enough to get us excited. As the heir to Railroad Tycoon, this is easily one of the PC games to keep an eye out for this year. Expect Sid Meier's Railroads! to ship this fall. 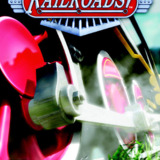