Sega Superstars to use EyeToy

Sega has announced that it is developing a game that will use the EyeToy interactive camera peripheral for the PlayStation 2. Sega Superstars will feature a line-up of classic Sega characters, including those from Sonic the Hedgehog, Virtua Fighter and Samba de Amigo, among others.

Of note is that Sega has tapped Yuji Naka, the creator of Sonic the Hedgehog, to head up the EyeToy project. A sample of the game will be on hand at this year’s E3 Expo May 12-14 in Los Angeles and the release date is set for late this year. 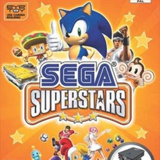