Sega plans to release both Virtua Cop and Alien Front for the N-Gage later this year.

Sega and Nokia have today announced plans to release both Virtua Cop and Alien Front for the N-Gage. Both titles will take advantage of the game deck's Bluetooth multiplayer capabilities, and both are scheduled for release later this year.

"It's great to add two hot Sega titles to the constantly growing N-Gage games portfolio," said Pasi Pölönen, director of game publishing, games business unit, Nokia. "The mobile multiplayer features of Virtua Cop and Alien Front will enable a completely new way for gamers to compete head-to-head, as well as share their game stats with the world via the N-Gage Arena."

The N-Gage version of Virtua Cop will take the form of a first-person shooter in which players are charged with bringing down an evil crime syndicate in a number of different locations. Alien Front, on the other hand, will see players assuming the role of a tank commander who's defending the Earth from an alien invasion. Players will also have the option to switch sides and can pilot an antigravity hovercraft, a two-legged walker, or a four-legged spider walker.

"We are pleased to provide two additional titles for the N-Gage game deck," said Hideki Okamura, senior executive officer and worldwide general manager of consumer business division, Sega. "Under our keyword 'Connection,' Sega will continue to provide titles for the N-Gage platform, thus leveraging its mobile network features, including Bluetooth gaming. We are helping to create a new type of gaming style among players."

We'll bring you more information on both Virtua Cop and Alien Front as soon as it becomes available. 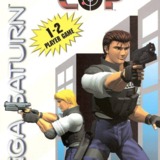