The first poster was revealed at Star Wars Celebration.

The poster for Star Wars: The Last Jedi has been revealed and it's pretty awesome. The poster was shown during Star Wars Celebration, which is currently happening in Florida.

The striking poster features Luke Skywalker and Kylo Ren superimposed over a blood red sky. Daisy Ridley's character, Rey, is shown raising her lightsaber into the air, with the weapon's beam splitting the image of Luke and Kylo in two. Check it out below.

Rian Johnson introduced the first Star Wars: The Last Jedi trailer to end the panel. Check it out, it's great. The Last Jedi arrives in theaters on December 15, 2017. 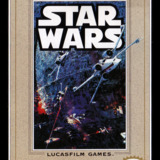