Sega comments on the attempted shutdown of its graffiti competition this weekend.

Once the San Francisco city government caught wind of Sega's Graffiti is Art contest to promote its upcoming release of Jet Grind Radio, it attempted to shut the event down. Just a few blocks from where the contest will be held this Saturday, Mayor Willie Brown's antigraffiti task force will be removing graffiti from buildings.

"All of our permits were in order, then the mayor's task force on graffiti found out about the event and got very upset that they had given us permits," said Heather Hawkins, spokesperson for Sega of America. "They actually tried to revoke our permits. But we got our permits completely legally, so the event is still going on. This is a big part of the reason why we're doing this event - because people misunderstand graffiti art so much that they can't tell the difference between somebody tagging the bus with a fat marker and people actually creating art."

While Sega doesn't believe that there will be any repercussions from the San Francisco city government, it has received several phone calls. "We don't think that we'll be getting any repercussions, but we have been receiving some nasty phone calls today," said Hawkins. "It really amazes me the way that people who are fighting against something that they think is disrespectful can be so disrespectful themselves. It's like they're almost worse than what they're fighting against. We have received several phone calls today from people who fit that bill exactly."

The graffiti art for the competition will be performed on canvas and will be posted on Sega.com at a later date. Sega received over 130 entries for the competition and picked five finalists, who will be flying in for the contest on Saturday. Each artist has three and a half hours to complete a piece. The grand prize is US$5000.

"We are trying to educate people as to what the idea of the event is all about," Hawkins stated. "It's about trying to gain respect for the graffiti art community. So when the artists come down [to the event], we're reminding them, 'Hey, all eyes are on you now. This is your chance to show these people that you're artists.'" 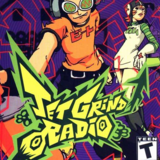