[UPDATE] PSP prototypes, Pokemon patches, and another Xbox price-cut round out the week's whisperings.

RUMOR #1: The Xbox version of Half-Life 2 has been cancelled.

Source: Gamers whose pre-orders had been nixed by EB Games.

The official story: "EB Games does not have any additional information on the status of Half-Life 2 for Xbox. As our pre-order information was speculative, we decided to cease accepting pre-orders."--An EB Games Spokesperson.

What we heard: After receiving e-mails from alarmed gamers, GameSpot contacted Valve, VU Games, and EB Games about the status of the Xbox version of Half-Life 2. What we got were a variety of responses: Valve said that while it had plans to eventually bring the game to multiple consoles, right now it was "concentrating on getting the PC version done." VU would only say that the Xbox HL2's status had not changed since last June, when a VU spokesperson re-confirmed Gabe Newell's comments that a version was being developed for the Microsoft console. As for EB, they issued the above statement. So what does all that mean? Basically, that the PC version of Half-Life 2 is so far off, a console port is no longer even on its developer's, publisher's, or retailer's radar.

Bogus or not bogus?: Bogus. Half-Life 2 will eventually come to the Xbox. However, when--and in what form--is still very much in flux.

RUMOR #2: Sony has finished a working prototype of the PSP.

Source: Japan-centric game site The Magic Box and the Sony sentinels at PSPinsider.

The official story: "Sony Computer Entertainment President and CEO Ken Kutaragi presented at Sony's quarterly investor meeting in New York last quarter. At that time, he showed a concept model of our upcoming portable entertainment device, PSP. It is important to note that this is only a concept model, and as such, all elements disclosed may not be included in the final design, to be unveiled at a later date."--A statement issued by Sony's American PR rep this week.

What we heard: On Tuesday afternoon, forum posts and Web rumors began to appear about the functional PSP. While Sony wasn't talking (see above), the rumored details on the handheld were intriguing. Citing "sources in Japan," the Magic Box said the PSP would have a 10 hour battery life and would have connectivity features with the PlayStation 2, much like the Game Boy Advance does with the GameCube. The tidbits on PSPinsider were even more tantalizing, as they reportedly came from member of a PSP focus group. The member claimed that PSP and PS2 versions of the same game would be bundled together, and the devices' connectivity would allow users to "to save progress on the PSP version of a game, and continue the progress on the PS2 version of the same game (and vice versa)." However, the news wasn't all good: According to PSPinsider, the handheld's MP3 and WiFi functionality will not be ready for its Winter 2004 launch. (Though a PSX-style update is all but assured).

Bogus or not bogus?: Present a burnt offering to the deity of your choice in the hopes that it's not bogus.

RUMOR #3: The patch for the Pokemon Ruby Version and Sapphire Version bug will be available in the U.S.--but only to purchasers of the Pokemon Coliseum pre-order disc.

Source: One unhappy gamer armed with a copy of Nintendo Power magazine.

What we heard: Last December, our Japanese correspondents reported on a bug in the twin Pokemon games which disturbed the growth cycle of power-up berries, causing them to shrivel and die. According to Nintendo Japan, the bug only affected gamers who played the games over one year. Nintendo of America did not comment on whether the bug would affect the American version of the games, which were released in March 2003. However, one gamer clued GameSpot into an article in Nintendo Power magazine hyping the new Jirachi the Wishmaker character, which is available only on the Pokemon Colosseum pre-order bonus disc:

"As a bonus when you import Jirachi into your Ruby or Sapphire Pak, you'll receive a small blessing for your berry gardens in the GBA games--they'll keep producing the useful fruits forever. If your berry gardens dry up after your first year of gameplay, you'll want to have Jirachi do a little spring gardening for you!"

The gamer in question was understandably irritated. "Nintendo needs to comment on this--how can they justify making a patch an exclusive pre-order bonus?" he grumbled. When GameSpot forwarded the e-mail to Nintendo reps, they did not reply. However, over the weekend, GameSpot was contacted by workers at EB Games and GameStop stores who said that Nintendo officials had provided them with copies of a Jirachi-free patch, which they will download onto gamers' GBAs for free.

Bogus or not bogus?: In light of the new facts, this is now looking bogus, although the Jirachi character is still only available on the Pokemon Colosseum pre-order bonus disc.

Source: The renowned game authority that is The New York Post.

The official story: What is the sound of one hand not picking up the phone?

What we heard: Rumblings about an Xbox price-drop have been the subject of many articles, including a previous Rumor Control. However, the fact the mainstream press is starting to report them means that something is definitely in the air. The Post piece quoted IDC analyst (and frequent GameSpot contributor) Schelley Olhava as saying Microsoft might--might--announce the price cut at next month's Game Developer's Conference in order to sell 16 million consoles by July. However, to cover its bases, the Post also cited an "analyst consensus" that the price cut will be deeper--possibly as low as $129--and would happen later in the year. What the Post didn't consider would be a more logical staggered price-lowering strategy which would lessen the financial loss Microsoft already takes every time an Xbox is sold.

Bogus or not bogus?: Not bogus. Would a publication owned by Fox News owner Rupert Murdoch lie? Oh, wait...

The official story: "A new variant of the Bagle worm, Worm_Bagle.B .... has some reference to the 'Ultima Online messenger service'."--Tech security firm Trend Micro.

What we heard: On Wednesday, an article appeared in the BBC's technology section with the headline "'Gamer's virus' aims to hit users." However, the article only had two lines referencing games: "Anti-virus firms speculate that the creator of the virus is a keen gamer, as the malicious program uses settings associated with Ultima Online. Also one of the sites that infected machines report to is all about computer games." While most would dismiss the article as typical anti-gamer hysteria, upon further investigation it has some merit. According to Trend Micro, besides using settings associated with the Ultima Online messenger service, some machines infected with the Bagle.B virus reported to the dead URL http://intern.games-ring.de. Heretofore, Games-Ring.de (whose main page is currently "down for maintenance") was a respected German game-community site. Whether the Bagle.B author was part of the collective or merely trying to throw cybercops off his (or her) trail will probably never be known.

Bogus or not bogus?: It's safe to say someone tech-savvy enough to write a worm like Bagle.B is probably familiar with the concept of "PC gaming." Technically not bogus.

To see the video edition of Rumor Control, tune in each week to Let's GameSpot! 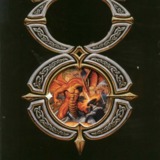