If they can get it past Nintendo's lawyers, that is.

Even without ripping Mario's iconic sound design, however, it's unsure if this monstrous version of Peach's castle will manage to get past Nintendo's notoriously aggressive lawyers--especially as the level is planned to be released exclusively for Nintendo's own console. A comment on the video from publisher New Blood Interactive reads "please don't sue us Nintendo."

3D Realms is no stranger to copyright lawsuits, however. Last year, its planned Duke Nukem successor Ion Maiden had to change its name to Ion Fury in response to a legal challenge from the band Iron Maiden.

Dusk will be coming to Switch on Halloween this year--October 31. It's already available for PC, including Linux and Mac. 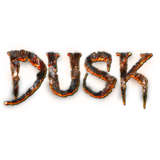