From the developers of Furi, the game is about exploring a deserted planet and relaxation.

Haven, the next game from the makers of Furi, is a co-op RPG with a focus on being relaxing. Detailed in a PlayStation Blog post, Haven tells the story of a couple, Yu and Kay, exploring a deserted planet.

While Haven is a co-op RPG, developer The Game Bakers wanted the experience to be simplistic and relaxing, avoiding many of the complex systems typically found in the genre. The game doesn't feature a quest list, instead giving the main quest through the story and leaving all side stories to be discovered through exploration.

"I love a hairy and dense RPG as much as anyone else. But sometimes, between these deep and exhausting systems you learn in games, it's good to take a little break," Emeric Thoa, creative director, said. "It's what we wanted to achieve with Haven. Make it a gentle breeze, a soft hand that will take you through its journey without asking you to care too much about details. In Haven, we only want you to care about Yu and Kay."

The game also simplifies the economy and character stats, driving focus away from menu systems towards playing the game. Haven also uses character animation to convey health, stamina, and hunger instead of HUD displays. It also features seamless local co-op, letting another player join at any time.

Haven was announced for PlayStation 5 as part of the PlayStation Indies Initiative, where Sony showcased a number of new indie titles, such as Maquette and FIST.

Haven is releasing on PS4, PS5, Nintendo Switch, Xbox One, and PC in 2020. The game is also coming to Xbox Game Pass and is confirmed to have a demo available during Xbox's Summer Game Fest Demo Event later this month. 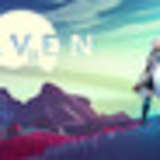