Redfall's New Trailer Invites You To Bite Back Against Vampire Hordes

Check out some new multi-slayer action in this Redfall trailer.

Bethesda has dropped a new trailer for Redfall, the Arkane Austin-developed game where players are trapped on an island that's under siege from an army of vampires and their cultists. The gameplay footage is brief, but you can catch a glimpse of several island areas teeming with supernatural threats, gadgets that weaponize UV light, and the four characters who wield unique skills in Redfall's world.

You can also spot a quick look Devinder's skill tree in the trailer, as well as a peek at the inventory from which players can equip weapons.

Some of the vampire-hunting tools of the trade include stake-launching air cannons, regular assault rifles, and handguns, each with their own varying levels of rarity and effectiveness. In addition to the multiplayer co-op action, Redfall also appears to be inspired by other loot-shooters such as Destiny 2 and Borderlands 3.

Currently slated for release in the first half of 2023, Redfall will launch for Xbox Series X|S and PC, and will be available on Xbox Game Pass on day one. 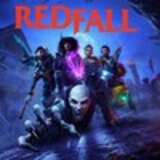