The space combat sim is coming to PS4, Xbox One, Switch, and Steam later this month.

Developer Double Damage Games has announced that Rebel Galaxy Outlaw is launching on PlayStation 4, Xbox One, Nintendo Switch, and Steam on September 22. The action-packed space combat sim was previously an Epic Games Store exclusive, but it's now making its way to other platforms.

If you were unaware, Rebel Galaxy Outlaw is a prequel to 2015's Rebel Galaxy. While the first game cast you as the commander of a powerful star destroyer with combat akin to Assassin's Creed IV: Black Flag's naval skirmishes, Outlaw drops you straight into the cockpit of a nimble spaceship piloted by outlaw and smuggler, Juno Markev.

There's a full single-player story campaign for you to play through, but you're also free to tread off the beaten path to meet and befriend a cast of sketchy characters, gamble some of your hard-earned cash and equipment at the local watering hole, or simply cruise around the vastness of space listening to over 21 hours of Subspace Radio.

The blue-collar Americana-infused space combat sim earned a score of 8/10 in GameSpot's Rebel Galaxy Outlaw review. "There is a lot to do in Rebel Galaxy Outlaw," said critic James Swinbanks. "So much so that it's easy to lose yourself among the myriad of activities beyond flying around and shooting things. Juno is a great character despite her sometimes jarring movements, as are much of the rest of the charming cast. The combat is fast, frenetic and consistently challenging, although that challenge can sometimes feel impossible without stepping back and grinding out some progress elsewhere, which quickly gets frustrating. Thankfully the core of the game--its combat, trading, and space flight--are all superb and had me launching into the stars for many hours of galactic trading and explosive firefights."

You can pick up Rebel Galaxy Outlaw for $30 USD when it launches later this month. 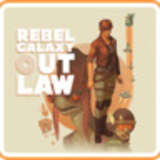