You say it's not the same Star Wars Galaxies? The game's developer explains why--and talks about what's ahead for the MMORPG space in general. Part 1.

Central to the strategy was the goal to make the persistant world game more inviting to the hundreds of thousands of Star Wars fans who may have felt the game presented too high a barrier to entry. While estimates of subscribers remain north of 200,000, even at two, three, or four times that figure, it's a tiny percentage of the millions of people who are enamored with the Star Wars backstory.

In a move designed to tap that underserved market, the game's developer and publisher released an update to the original 2003 title last month. The changes include a slimmed down number of professions a gamer can assume, a revamped and simplified "early" or "new player" experience, fewer obstacles to becoming a Jedi, and a streamlined pay model--offering users a chance to download the update for free, as well as free play in the game's first 10 levels.

What's behind the strategy, and what's ahead from the game's maker? GameSpot spoke with SOE president John Smedley.

GameSpot: Tell me a little bit about the process that goes into this kind of product management and repositioning in the marketplace. How do you get to that point?

John Smedley: I guess this all started when Jim Ward became president of LucasArts. [As a group], we asked ourselves what could we do to significantly improve Galaxies. Star Wars is a big mass-market IP and we always felt like we had underdelivered on the Star Wars experience.

I think the numbers that we had, while they're OK for the MMO space, could be a lot bigger, given the amount of people that know about Star Wars.

GS: How did you drill down to know what aspects of the games were right for a change?

JS: We spent quite a bit of time and money doing product research. We did a number of focus groups and talked specifically about changes that we could make to the interface, to the combat, and to the overall gameplay experience--to make it a lot more fun. We also did surveys asking the current user base what was missing, what were things we could do to make the game better.

GS: How does the internal team participate?

GS: And what did you find out after all that playing with the game?

JS: Star Wars never hit that excitement level around here. It never got--there never was a critical mass of people here that wanted to play it. So we knew we could do way better. And I guess as much out of a love for making these kinds of games, even though that sounds corny, though it's true, we wanted to make this game better.

GS: How influential was Jim Ward, really, in getting you guys to rethink the SWG formula?

JS: What Jim brought to the table was a renewed desire to work with us. I think that's the biggest thing. It brought our companies a lot closer when Jim came on board. They became really serious and strong partners and very enthusiastic partners.

A lot of people don't realize, but in addition to running LucasArts, Jim also runs all of marketing for all of LucasFilm. This guy knows Star Wars like nobody knows Star Wars. He knows this brand and what it's capable of delivering. Jim has been a great partner and has been working with us really closely.

JS: What I'm seeing over there is a trend toward more the upsell model. You can play a game without subscription, but maybe you're buying cosmetic items, or maybe you're purchasing a cheap subscription with a kind of "behind the velvet rope" [gamespace]. We've been trying to adopt a variant [subscription] model for an upcoming game we have coming out next year--I can't really give you details about it.

But we're also considering adding other models for the current set of games. We think the best strategy is to get these games into the hands of more people. We believe that the social bonding that occurs really makes them like the experience and want to come back for more. Then getting gamers over that subscription hurdle is--gotta be job number one for us after making great games.

So we think that [free-to-play] model could easily apply to other games. Is that going to happen to Star Wars? We have no plans for that, but let's put it this way, if we're very successful with this [upcoming] model, we could see making radical changes across the board. But we'll just have to see.

GS: And you'd have to wait for that game to be released next year, right?

GS: Which is going to be a game that carries the more creative revenue model?

JS: It's going to be a major new release from us next year. We [haven't announced] time frame or anything like that, or what the game's about, but it's been in development for quite a while now and I can't wait to reveal it. I'm excited about it, and my colleague in PR here has given me the sign to shut up about it!

GS: OK. Another thing that they do differently in Asia is that a lot more people play a single game.

GS: What's it going to take for a Western MMO to replicate the number of users that Asian MMOs are tallying?

JS: Part of the reason is a cultural thing. Let's take Korea, for example. When you go to Korea you will see 18-year-olds and 12-year-olds in PC cafes. And if you turn on a TV, rather than Jeopardy and Wheel of Fortune, you're going to see Starcraft being played, or other games being played--on national television. People dress up in costumes [based on game characters]. These things would be very, very foreign to us here in the US. So, I think part of that is cultural.

Also, broadband penetration, which is at a much higher percentage than here in the US, is contributing to a big shift in online gaming. It started as kind of a cultural phenomenon and now it's becoming a part of their cultural identity.

GS: What do you see in the other Asian markets?

JS: The same thing is happening in China, where for years, entertainment has [consisted of] pirated movies and things like that. There's never been any real gaming industry because nobody can rent games--so you haven't been able to make money over there. Well, online gaming has changed that. You're starting to see an explosion of Asian-based online games with an Asian cultural influence.

GS: It doesn't sound as if we could ever get to those high numbers, though.

JS: I don't think that's true. When you look out there and you see the amount of people that are actually playing online games at any given time in the US, it's pretty amazing. The difference is, we have much broader games than they're playing.

GS: What does your research tell you?

JS: If you look online at any given time you might have 120,000 to 150,000 Counterstrike Source players, then another 75,000 regular Counterstrike players. In Battlefield 2, another 40,000 or 50,000 people there total. You add up everybody else and the EA stuff, and then start adding in MMO games like ours, and World of Warcraft and many other MMOs out there, and you're getting to the numbers.

GS: Which is what?

JS: I think the number of online game players at any given time in the US during most nights is probably about 1.2 million. Seeing those kind of numbers really gives me hope that we can see that kind of explosion. Just two years ago, those numbers were in the 600,000-700,000 range. At the rate that it's growing, we are going to see that number get to 5-6 million people online at the same time within a few years.

No one game may have as many as in Asia now, but one day, there will be some massive titles that everybody just has to play.

JS: Years back it was us. Right now World of Warcraft is certainly owning a lot of online play. And we have some big stuff planned, so as time goes on you're going to see the interest here climb.

[Read part 2 of our interview with SOE presidient John Smedley next week.] 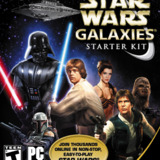