Resident Evil and Dead Rising publisher Capcom has released a pair of new screenshots (via DualShockers) for its upcoming PlayStation 4-exclusive free-to-play game Deep Down. Presumably meant to show the game's diverse environments, one image depicts a fiery hellscape, while another gives us a peek at an icy cavern.

DualShockers notes that a Deep Down beta was scheduled to begin close to the PS4's launch in February, but has now been delayed to sometime this summer. There's no word just yet if the Deep Down beta--or the game itself--will come to Western markets.

Deep Down is set in 2094 New York and runs on Capcom's new Panta Rhei engine. The game will feature dungeons that exist in a shared-world, similar to that of Demon's Souls and Dark Souls. 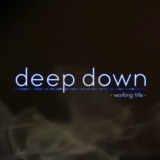