Slightly Mad Studios' racing sim features the most robust career mode and track list in the series, and there's plans to grow post-launch.

Set for release on August 28 for PC, PS4, and Xbox One, Project Cars 3 is shaping up to be the most robust entry in the series to date. While it stays true to the series' sim-racing foundations, the third entry in the franchise shakes things up to offer something more approachable for the general racing fan base.

During GameSpot's Play For All event, we had the chance to interview esports Manager Joe Barron and production director Pete Moorish about the third game's revised approach to sim-racing. In addition to fleshing out the game's customization, the career mode will also highlight more of the experience being an up-and-coming driver who's a part of a global racing league. Along with this, rival drivers will have more advanced AI and attributes, aiming to make for more engaging races.

Before the release of Project Cars 3, we had another remote correspondence with Barron about what's to come with PC3 and how it will evolve following its launch.

"Project Cars 3 is certainly a big step for us as a studio. The previous games were praised for their graphics, simulation, weather conditions, and so on, but we had ambitions to make the franchise a more personal and rewarding experience," said Barron. "You can really see that reflected in Project Cars 3 with the introduction of experience systems, the customization options for car and driver, and the shared progression between the single-player and multiplayer modes. It's certainly the most engaging progression of a player's climb from weekend warrior to racing legend of any game in the franchise, and you really feel that progression all across the game. Since the first game, we've said that it's about the 'ultimate driver's journey,' and we feel we're really delivering that in a way that is more rewarding and personal with Project Cars 3."

A common criticism of the series, which the developers wanted to address with the third game, was its challenge and accessibility. While the previous games were aimed at gear-heads, Slightly Mad Studios wanted to streamline some of the systems while also including some assist options and other revisions for new drivers. For instance, tire and fuel management has been dropped from the game. This is intended to focus more on the core driving experience as you weave past other drivers and make tight turns around the track. With that said, it is a part of the sim-driving experience that is missing from the game.

In our chat, Barron explained that the the revised racing-sim experience is to make Project Cars 3 more approach for newcomers, but it doesn't lose sight of what makes the series a fixture in the racing game genre.

"Along with a better sense of progression [and] more assists, one of the biggest changes is that we completely rebuilt gamepad handling," said Barron. "It's now much easier to jump in with a standard controller and quickly get a nice feel for the driving, and there’s no need to spend time adjusting stick dead-zones, etc. It works brilliantly right out of the box, and we can't wait for more people to try it."

"These assists are intended to onboard new drivers, and we encourage players to gradually turn off the assists by offering bigger XP rewards the fewer assists you have turned on. With all that said, we've not forgotten about serious racers either, though. We've made some great strides with improvements and detail in force feedback for steering wheel users. If you want to jump straight in with all the assists off, you will still find the challenging, authentic simulation experience that millions of fans expect from Project Cars."

According to the devs, the experience of being a driver will feel more tangible than previous games. Along with the inclusion of more realistic weather, seasons, and visual/haptic feedback during racing, Project Cars 3's approach looks to highlight more of the in-the-moment experiences of being a driver.

Slightly Mad Studios has stated that Project Cars 3 will see some changes post-launch. Though Barron couldn't go into specifics, he said that along with new tracks and cars, players should expect to see some additional updates for Project Cars 3 in the months ahead. 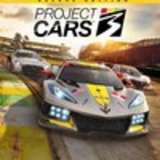