Cartoon Network's popular animated series Steven Universe is making its console debut this summer with Steven Universe: Save the Light, a "light" Paper Mario-like RPG for PS4 and Xbox One.

Developed by Grumpyface (the studio behind many of Cartoon Network's recent mobile titles), Save the Light is the direct sequel to 2015's mobile adventure, Attack the Light. In that game, Steven and the Crystal Gems were tasked with saving the world from an ancient Gem weapon called the Prism. This time, however, the heroes must protect the Prism from a mysterious new warrior. To do that, they'll need to travel across multiple levels and use their unique abilities to solve puzzles and battle foes.

Now Playing: 20 Minutes Of Steven Universe: Save The Light Gameplay

In addition to Steven and the Crystal Gems, Save the Light stars other major characters from the TV series like Connie and Steven's father, Greg. Each character has their own distinct skills and abilities; Amethyst, for instance, uses her whip to attack multiple foes at once, while Greg fills the role of a bard and plays songs on his guitar to grant buffs to his teammates. The game features seven party members, with at least one additional unannounced character releasing as DLC following the game's launch.

Players will spend much of the adventure battling foes using the game's modified active-time battle system. Enemies move around the battlefield in between turns, but the action pauses while you're selecting your attacks. As in Paper Mario, you can increase the amount of damage each character inflicts (or reduce the power of foes' attacks) by pressing the attack button again at the right time.

Players can also strengthen the relationship between each of their party members, adding another wrinkle of strategy to the battle system. When one character comes to another's aid during a skirmish, their bond increases. By improving your characters' relationships, you can unlock new skills like special team attacks and even fuse certain characters together for the duration of a battle. Grumpyface hasn't confirmed which characters are capable of fusing, though it did give us a glimpse at Steven and Connie's combined form, Stevonnie, who you can see in the gallery below. Characters who can't fuse can still unleash team attacks together.

Fans of the series will be happy to learn that Steven Universe creator Rebecca Sugar worked closely with Grumpyface on Save the Light. In addition to looking over crucial scenes, Sugar had a hand in writing the game's dialogue and story. According to Grumpyface, the main quest is estimated to take 10-12 hours to complete.

Steven Universe: Save the Light is releasing as a digital-only title. Cartoon Network hasn't announced a concrete release date for the game, but it has said it will reveal more information, including unveiling new, never-before-seen Steven Universe characters, "soon." Until then, you can watch 20 minutes of gameplay footage at the top of this story, showcasing the title's battle system and some light exploration and puzzle solving. 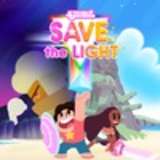 View Comments (16)
Steven Universe: Save the Light
PlayStation 4
Xbox One