The Split Pad Pro is one of the best controllers for Switch, and the upcoming Attachment Set will make it more versatile.

There's no shortage of great third-party controllers for Nintendo Switch, but and the Split Pad Pro has long been the best for handheld mode. The only downside to the gamepad, of course, was its lack of compatibility when playing in docked mode--although Hori is fixing that issue later this year with the Split Pad Pro Attachment Set. 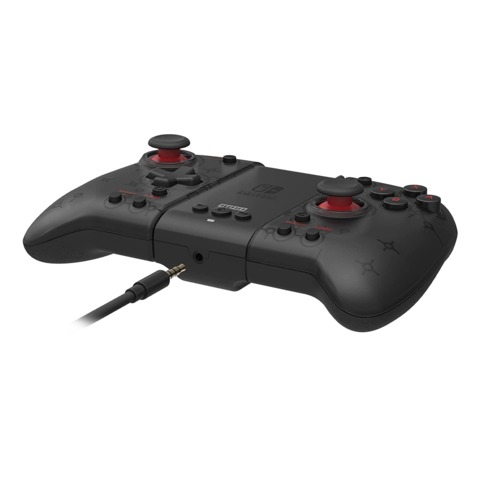 Arriving on April 4 and retailing for $80, the new product will bundle together the highly rated Hori Split Pad Pro with a new Attachment Set that lets you continue using the gamepad after docking your Switch. When connected to the Attachment Set, the Split Pad Pro functions as a full-size, wired controller. That includes a mic input port and customizable triggers for accessibility and ease of use. Preorders are now live at Amazon.

Like the Split Pad Pro before it, the Attachment Set is officially licensed by Nintendo. The only downside to the controller seems to be its wired connection--but that's a small price to pay to get the added functionality in docked mode. The original Split Pad Pro made it onto both our best Nintendo Switch grips and best Nintendo Switch controllers lists, and the upcoming Attachment Set will likely be another hit from Hori.