On-Disc DLC Outrage Is Off the Mark

Anger over post-release content locked away on the retail disc should be directed at nickel-and-diming business models, not focused on the logistics of content delivery.

In the last couple of weeks, gamers have expressed no shortage of outrage at finding downloadable content locked away on the retail release discs for Mass Effect 3 and Street Fighter X Tekken. They argue that by buying the disc, they own all the content on it and shouldn't be made to pay extra to access it at a later date. 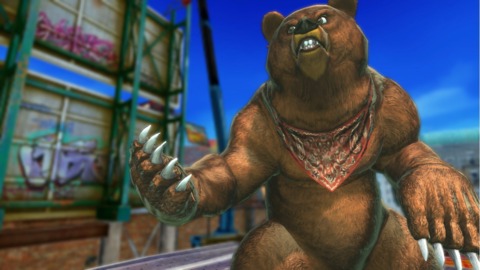 On-disc DLC in Street Fighter X Tekken has many players spoiling for a fight.

The heart of the argument makes sense, but specifically attacking the practice of on-disc DLC is a tactical misstep. Publishers bank on DLC in their business plans, and putting it on the disc that ships is simply a matter of convenience for them. If the unthinkable happened and gamers rose as one unified front tomorrow and refused to buy any game with on-disc DLC forever more, publishers would simply leave it off the disc and force players to download it later (when it will use up a gamer's time and hard-drive space, in addition to money). At that point, it's a matter of semantics and logistics for the publishers, of carefully managing how the deal is presented to players to minimize outrage. And rest assured it will happen, as semantics and logistics are about the only two things at which publishers truly excel.

As a result, determining how to best combat the practice of on-disc DLC requires first identifying what's at the heart of the discontent. (Hint: As is so often the case, it's all about money.) When gamers spend $60 on a hotly anticipated new title like Mass Effect 3 or Street Fighter X Tekken, they rightfully want it to feel like a big deal. After investing that much money and anticipation in a brand new game, they expect the total package, the whole enchilada, the Full Monty, if you will. (But we hope you won't.)

The heart of the argument makes sense, but specifically attacking the practice of on-disc DLC is a tactical misstep.

Unfortunately, it's difficult--or simply more expensive--to achieve that these days, as a $60 purchase is rarely comprehensive. There's often an assortment of retailer-exclusive preorder bonuses, downloadable content, and perhaps a collector's edition at a $20 to $90 markup. And that naturally alienates gamers who feel that $60 is worthy of a first-rate, fully featured experience. And let's not even dwell on the avalanche of post-release DLC, the nickel-and-diming (or $5 and $10-ing) of map packs, modes, and costumes that can double the total cost of a complete AAA game over its life span. And with season passes, gamers have started preordering content that they don't know anything about, even though history has shown the quality of such add-ons varies wildly, even for the best games.

This trend shouldn't come as a big surprise to those who follow the industry, as publishers have been pushing gamers down this road for years. When the Xbox 360 launched, Microsoft kept its first-party titles at the previous generation's $50 price point because it was so scared of hurting sales. But by the time Gears of War rolled around the following year, consumers had embraced the $60 standard with nary a peep, and the race was on to find a gamer's pain point when it came to pricing. All the while, the soaring costs of high-definition game development prodded previously prudent publishers to risk running afoul of their fan bases. 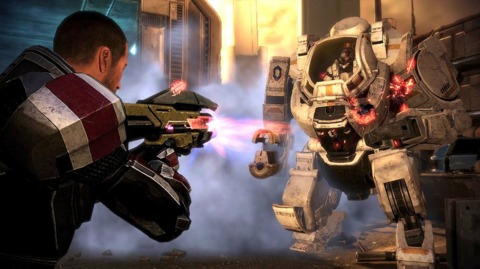 Even if gamers stop buying titles with on-disc DLC, publishers will just keep it off the disc in the future, and the fundamental problem will remain the same.

The solution to the problem is to let publishers know that they've already blown past the pain point and to tell them we've had our fill. But it can't just be about on-disc DLC, or day-one DLC, or collector's editions, or season passes. It needs to be communicated to the publishers in sweeping fashion that gamers want a complete experience for a fair price or we simply won't pay. We need to tell them to present us with information on all extraneous content ahead of time--including pricing and release dates--so that we can make a more informed decision on whether to hand over our money. We need to tell them not to cut up expansions into a dozen $5 add-on packs, not to claim the retail game is a complete stand-alone package one week and the story-based DLC meaningfully fills in gaps the next.

The only alternative is to keep paying full price for less-than-full games.

There are 632 comments about this story
Load Comments (632)