O3 ropes in Chaos Field for US release

GameCube version of Japanese top-down shooter will be brought to North America for holiday release.

Santa Clara, California-based publisher O3 Entertainment has signed on to bring the Japanese space shooter Chaos Field to North America. The game, which hit stores in Japan at the end of last year, will see a GameCube-only release this holiday season.

Chaos Field is based on the Japanese arcade game of the same name and features the sort of frenetic, swarming action associated with 2D top-down shooters. Players control one of three characters over five levels and can use such weapons as missiles, shields, swords, and the titular "chaos field."

The game actually drew headlines last year because it was announced in Japan for the Dreamcast, Sega's last hand in the console wars. For more on Chaos Field, check out GameSpot's impressions of the Japanese version from last year's Tokyo Game Show. 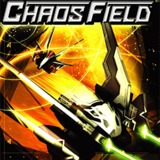