Developer Team Ninja has released a new update for Nioh 2, Update Version 1.11, on PlayStation 4. Along with the free update--the lengthy patch notes are outlined below--is the release of the game's first paid DLC, The Tengu's Disciple.

Part of Nioh 2's $20 USD Season Pass, The Tengu's Disciple takes you to the wartorn coastal region of Yashima, where you travel back in time to meet various characters during the Heian period (794-1185). In other to play The Tengu's Disciple, though, you must finish Nioh 2's entire 50-plus-hour campaign.

The DLC introduces several new missions across its campaign, a brand-new weapon, more difficulty settings, extra armor and skills, and more. The Tengu's Disciple is the first of three major expansions for Nioh 2, and it can be purchased individually for $10 USD from the PlayStation Store. The other two pieces of DLC have not been dated yet.

In addition to the paid expansion, Update Version 1.11 brings a host of changes to Nioh 2. A new feature called the "Demon Parade Picture Scroll," in which scrolls dropped from enemies defeated in missions allow you to become stronger, has been added. There are also new Ninja and Onmyo Magic skills, additional character customization options, "enhanced features" (like an inventory increase and automatic ammunition replenishment after death or praying at a shrine), and much more. Of course, this latest update also fixes several bugs, including issues with the Ki guage, skills, and others. 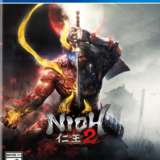