Nintendo remains committed to games, but is also experimenting with new entertainment categories, according to Satoru Iwata.

Though the esteemed Mario company remains committed to innovating in the video game space, the Japanese giant is also looking to grow its business in new ways.

Nintendo president Satoru Iwata outlined his vision for the next ten years of Nintendo as part of a Q&A session with investors, the English translation of which was published Tuesday.

One of Nintendo's first non-gaming entertainment efforts is its mysterious "Quality of Life" campaign, which the company first spoke about last year. Investment in this new area doesn't mean Nintendo is backing away from games anytime soon, however.

"Let me assure you that Nintendo is not trying to distance itself from video games," Iwata said. "We have never ever lost our passion for video games and will continue to make them."

That said, Iwata explained that he doesn't want Nintendo to be considered a company that only makes video games. Here's how he summed things up--with one very long sentence:

"On the other hand, if people inside the company think that Nintendo is a company which cannot make anything other than video games, and believe that video game controllers remain a certain way because that is the way they have been for 30 years, video games should be created in a certain way or video games must start with a tutorial, end in a particular way and have a lot of hard-at-work elements in between, a high mental wall would stand in front of us when we tried to create a brand new video game genre with which many people would be amazed or when we try to create an unprecedented user interface that pleasantly surprises people," he said

Iwata went on to say that being bound by this way of thinking could be detrimental to Nintendo's long-term success. As such, his new, more open-ended definition for entertainment is "things which improve people's quality of life in enjoyable ways."

Internally, Nintendo has encouraged its developers to take on the challenge of creating new forms of entertainment. Some employees have already put forward proposals, though Iwata wouldn't comment on these because they are too early in development.

"Just as I expected, people started to make various proposals," he said. "I cannot elaborate on anything new today as these proposals are yet to take on a concrete shape, but people inside the company have started to make proposals by asking me whether they are in line with the company’s vision. This is something Nintendo has to keep on doing for the long run."

"Our strategy for the next ten years is to change the definition of entertainment and expand the area that Nintendo can do business in," Iwata added.

Also during the presentation, Iwata explained why Nintendo specifically chose "health" as one of the first new entertainment categories it wanted to pursue. Simply put, many people are interested in improving their health, and Nintendo thinks it has innovative ideas to bring to the table to help people feel better.

"While people in general understand what we should do to improve our health, it is hard for many of us to continue these good practices," he said. "As the Japanese expression goes, 'Most people tend to quit after three days.' Many of us are concerned with not being able to continue something even though we recognize its importance for our health."

Video games can provide a solution to health problems involving motivation and feedback, Iwata said. He didn't provide any specifics for what Nintendo's health-gaming products might look like, but did say that Nintendo is well-suited to take on the challenge. Iwata also suggested that Nintendo is open to establishing partnerships with third-party companies for health-focused games.

"Inside Nintendo, people have the know-how that could contribute to society," he said. "This know-how and mastery would, however, mean nothing as long as they have the mindset that it is not part of their job. On the other hand, if they recognize that it is something they could do, Nintendo’s output could dramatically change. At the same time, if an external company has new and interesting ideas but do not know how to use them, Nintendo could be the company for them to approach."

Late last year, Nintendo veteran Shigeru Miyamoto revealed that the company had started putting together ideas for its next wave of hardware systems to follow up the Wii U. 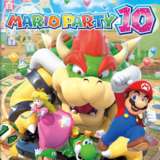