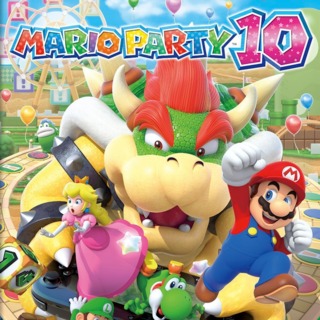 Here are the best-selling games from Nintendo.

Nintendo says these deals are "some of the best and most varied we have ever offered."

Check Out These New Mario Amiibos, Including Waluigi, Wario, and Donkey Kong

Waluigi finally gets his own amiibo, alongside new versions of Wario, Diddy Kong, and Rosalina.

These Are Nintendo's 10 Best-Selling Wii U and 3DS Games, Ranked

Which Nintendo games have sold the best on Wii U and 3DS? Find out here.

These Are the Best-Selling Wii U and 3DS Nintendo Games

Which Nintendo games have sold the best? See the top-selling Wii U and 3DS charts here.

Justin Haywald tells us about his time playing Mario Party 10 and explains what exactly a Bowser Party is and how Amiibo will function within the game.

Amiibo support wasn't enough to save this party.

Check out four players in the first few rounds of an Amiibo Party game. Bowser was playing which means all the mini-games pit him vs. the other three players.

Do you want a comprehensive list of every single Nintendo Amiibo and their respective functionalities for Wii U and 3DS? Look no further, we've got you covered!

Today on The Lobby we talk about Battlefield Hardline, Alexa tells us everyone about Final Fantasy Type-0, and is Mario Party 10 any good?

No, the Gold Mario Amiibo Is Not Delayed

Walmart confirms that the special-edition figure will arrive right on time next week.

Bowser crashes the latest Mario Party, the first installment of the series on the Wii U console. In the new Bowser Party mini games, play as Bowser himself and face off against up to four others playing as Mario and friends. Control Bowser using the buttons, motion controls and touch screen of the Wii U GamePad controller in different ways, and wreak havoc as Bowser in each mini-game while the other players strive to survive.