Nintendo Switch owners looking for something new to play have a pair of new options this week on the eShop.

New today is yet another ACA Neo Geo release. This one is Fatal Fury, the classic 1991 fighting game from SNK. Like the other ACA games on Switch, such as Metal Slug and Samurai Shodown IV, it's priced at $8 (£6.29).

Fatal Fury follows a more significant eShop release on Tuesday, when Wonder Boy: The Dragon's Trap debuted for $20 (£18). Wonder Boy was one of quite a few remasters that launched this week, though it was the only one to come to Switch (at least for now). As our review states, it's still a strong game, maintaining the original's classic gameplay while offering an optional new visual style that looks absolutely fantastic.

Switch's next big release comes on April 28, when Mario Kart 8 Deluxe arrives. This enhanced port of the Wii U game packs in new characters and an expanded Battle mode, among other things. For more on that, check out GameSpot's Mario Kart 8 Deluxe review and review roundup. 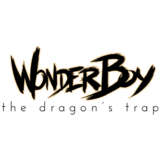