We learned recently that digital Nintendo eShop purchases will soon be tied to your Nintendo account, rather than to a specific piece of hardware. This should be the case as of the release of the Nintendo Switch, which includes a line of text confirming as much in its console initialization menus.

Before celebrations get too out of hand, it seems that the company still has a way to go before you can freely and simply share your purchases between consoles you're logged into (via Ars Technica).

At a recent preview event for 1-2-Switch, YouTuber CrazyDopetastic captured a Q&A session with Nintendo Entertainment planning & development general manager Shinya Takahashi. An audience member asked, if in the situation that he bought a second Switch for his kids, whether he'd be able to buy digital games from the eShop once, and have them playable on both systems.

"Currently we don't have a system like that in place for Nintendo Switch," Takahashi said via a translator, "but we haven't made any final decisions about how we would approach that going forward in the future, so unfortunately I can't provide any concrete answer for you right now."

Barring any translation issues, the implication of this statement is that while eShop purchases will be associated with Nintendo accounts rather than specific hardware, it seems that the accounts themselves will be hardware-bound. We have to assume it's only possible for an eShop account to be logged-in to one system at a time.

We'll know more after March 3, when the Switch is officially released, and online services are up and running for us to test.

In other Switch news, Nintendo released an official unboxing video this week, walk-in customers will have a limited chance to pick up the system on launch day at GameStop, and speaking of unboxing videos, check out what's in the limited edition Zelda: Breath of the Wild box.

Finally, for all the games confirmed to be coming to Switch—but not necessarily at launch—check out our roundup. 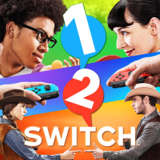