The Avalanche will end the Lightning's run of consecutive Cups this year, according to NHL 22, and it happened in real life.

The Stanley Cup Finals have now concluded, with the Colorado Avalanche defeating the Tampa Bay Lightning in the best-of-seven series for the title. EA's NHL 22 predicted that the Avalanche would come out on top, and that's what happened. The Avs defeated the Lighting last night in Game 6 to win the Cup.

According to EA's simulation, the Avalanche had a 54% chance to win the Stanley Cup, edging out the Lightning. The Avalanche were, in reality, the odds-on favorite to win the Cup, though not by too much. The Lightning won the Cup two years in a row, so the Avs have now ended that impressive streak. Additionally, Pat Maroon of the Lighting was denied his fourth straight Cup win.

This is going to be a close one 😬#NHL22 gives the @Avalanche a 54% probability of taking home the #StanleyCup 🏆 over the @TBLightning pic.twitter.com/cx0JRIEDwM

It appears EA is no longer conducting its traditional yearly Stanley Cup Finals prediction, instead opting to release a win probability percentage. Last year, NHL 21 predicted the Montreal Canadiens would defeat the Lightning, but that did not happen.

Congrats to the Colorado @Avalanche on going 16-4 in the playoffs to secure a #StanleyCup Championship pic.twitter.com/Ln0yOGr42d

NHL 22, which features new superstar abilities for the first time in the series, is available now on Xbox Game Pass Ultimate and via EA Play. The next entry in the series, NHL 23, has yet to be announced, but is expected to release around October as the series normally does. 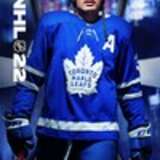