Next-Gen Hitman to be Revealed This Year

Hitman developer IO Interactive has confirmed that the latest instalment in the series is due for a full reveal later in the year.

Though the new Hitman game was first mentioned in January 2014, little has been said of it since. Developer IO Interactive previously confirmed that the game will depict "a globetrotting Agent 47 at the prime of his career", and confirmed it will ship on Xbox One, PlayStation 4 and PC.

Following a protracted silence, one fan asked IO Interactive via its official twitter account when the new game will ship, to which the studio replied "there's more info coming this year and we can't wait to share it".

@kirolos55 There's more info coming this year and we can't wait to share it!

According to comments made by IO Interactive last year, the new Hitman game will retain the "core" of the series, insofar as players can use a "wide range" of tools to take out a diverse group of targets on a global scale.

The game will run on a form of the Glacier 2 engine, which powered 2012's Hitman: Absolution.

"We're packing in an extreme level of detail on the largest levels we have ever built for a Hitman game," IO Interactive stated at the time.

"We've adopted an open, non-linear level design approach to the game, ensuring the game will play out across huge, checkpoint-free, sandbox levels. Our aim is to create living, breathing, and believable levels which will allow gamers to play around with the AI to create those unique moments every fan of the Hitman franchise loves."

Contracts Mode, a mission-editor feature that allows players to create murder scenarios, will also return for the new Hitman game. Players will be able to create these challenges and then share them online.

"You will also be glad to hear that we have removed 47's magic pockets," the developer said. "We believe that's all we need to say about that subject."

Hitman Absolution, the last triple-A instalment in the series, was released in 2012. Since then, series co-developer Square Enix Montreal has been working on expanding the IP to mobile, and in April last year it shipped a puzzle game called Hitman Go, which was nominated by GameSpot as one of the best mobile games of 2014. 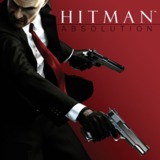