LucasArts to offer first look at new project May 31 on Spike, with gameplay debut slated for June 4 during annual Los Angeles tradeshow.

Gamers eager to learn where the next chapter in the Star Wars game saga will take them are less than two weeks away from finding out. Spike TV and LucasArts announced today that a new Star Wars game franchise will be unveiled on May 31, with a gameplay reveal following on June 4.

The new mystery project will have its coming-out party on Thursday, May 31, during Spike's Game Trailers TV show.

No further details are available. Earlier this month, Lucasfilm filed a trademark application and registered domain names for Star Wars 1313, spiking speculation that this is the name of a new game in the Star Wars franchise.

The latest entry in the Star Wars franchise was Kinect Star Wars, which was released in April and received a chilly reception by critics. That game is set primarily during the time of Star Wars Episode II: Attack of the Clones, with overlapping bits of the other prequel trilogy films and nods to the original Star Wars trilogy as well. 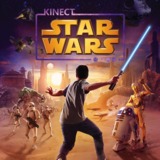 There are 543 comments about this story
Load Comments (543)