"This year, we set extremely ambitious goals for our new franchise, NBA Elite," EA Sports president Peter Moore said on his official blog. "We are creating a game that will introduce several breakthrough features that have been missing from the basketball genre. Unfortunately, NBA Elite 11 is not yet ready and we have made a decision to delay next month's launch. We are going to keep working until we're certain we can deliver a breakthrough basketball experience."

Moore did not offer an updated release window for NBA Elite 11, which is scheduled to arrive for the Xbox 360 and PlayStation 3. An EA Sports representative told GameSpot that "we're going to keep working until the game is ready." Of note, GameStop is currently listing the game with a March 31, 2011, release date, which coincides with the end of EA's current fiscal year.

"NBA ELITE had the benefit of play-testing, a demo and a lot of our own research," Moore continued. "All that feedback revealed some concerns about gameplay polish, so we've listened to your feedback, and made a judgment that the game would benefit from more time in development."

It wasn't all bad news for basketball fans. Moore reaffirmed the October 5 launch of NBA Jam on the Wii, saying that the Xbox 360 and PS3 versions will arrive this holiday season. The executive also said that NBA Live 10 players will receive a free title update that includes this season's rosters. NBA Live 10's Dynamic DNA feature will also continue to be updated throughout the entire season at no additional cost.

For more on NBA Elite 11, check out GameSpot's previous coverage. 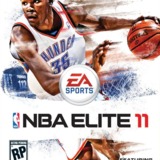