One console can never have enough drifting, apparently. While a revamped version of Namco's Ridge Racer helped launch the PSP and the original installment of the series has been a poster child for the PSP's upcoming PS emulation service, Namco Bandai's Japanese site revealed it is working on a second Ridge Racer title for the Sony PSP.

The game, simply titled Ridge Racers 2, will feature 42 tracks taken from Ridge Racer Revolution, Rage Racer, R4, and other past titles in the series. Players will be able to race around those tracks in an expanded assortment of 62 cars while listening to a soundtrack of 42 songs.

There will be several new modes of play--arcade, duel, and survival--in addition to the world tour, time attack, and wireless battle modes. The nitro system, introduced in the first PSP Ridge Racer title, will be back for an encore as well. 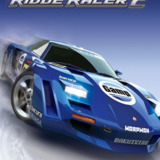