Nintendo's strength during this generation of gaming consoles has been its ability to appeal to mass-market audiences by propagating a more intuitive control scheme with the Wii Remote and catering to alternative genres with games like Wii Fit. In January, the publisher tipped its hand on one more way it hopes to open gaming up to the masses, introducing an in-game walk-through system called the "Kind Code" by way of a United States Patent and Trademark filing.

Speaking to USA Today as part of a post-Electronic Entertainment Expo interview, Nintendo's top designer, Shigeru Miyamoto, confirmed that the helper system, tentatively titled "demo play," is indeed on the way and will debut this holiday season with New Super Mario Bros. Wii.

"In New Super Mario Bros. Wii, if a player is experiencing an area of difficulty, this will allow them to clear troubled areas and take over when they're ready," Miyamoto said of the system through his translator. "And yes, we're looking into this for future games, too."

As detailed in the USPTO filing, the demo play functionality lets players pass through a particularly challenging area of a game or see the conclusion of a lengthy story by surrendering control to prerecorded footage. Gamers would be able to jump into and out of the action when they so desire, which would be facilitated by a scene-selection menu. Nintendo's patent noted that the system was specifically for games that fell into the role-playing, action adventure, and action role-playing genres.

The patent also noted that the saved-game data would be served through a network, making it "unnecessary to include the digest saved-data in the game program" and "possible to reduce a storage capacity necessary for a storage medium." 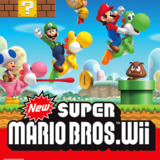 There are 401 comments about this story
Load Comments (401)