Rockstar's Vancouver studio takes over from Remedy for third outing of ex-NYPD vigilante.

For fans of Max Payne, it has been a long wait since 2003 when the last game in the franchise was released to critical acclaim. Talk of a sequel came in 2004, when Take-Two hinted that a follow-up would eventually arrive. Fast-forward to 2008, and Take-Two chairman Strauss Zelnick once again mentioned the franchise, teasing that another installment may be in the works but again providing no firm details.

Today, Take-Two and its Rockstar Games subsidiary have announced that Max Payne 3 is indeed in development and is penned for a winter 2009 release on the Xbox 360, PlayStation 3, and PC. The game is being developed by Rockstar Vancouver, the same outfit behind the controversial sandbox action adventure Bully. Finnish outfit Remedy, which developed the first two Max Payne titles, is currently developing Alan Wake, which will be published by Microsoft.

Rockstar Vancouver will apparently not be straying far from Remedy's original formula, however, as Max Payne 3 again sees the titular retired NYPD veteran battling internal demons as well as those that plague the city's streets.

"We're starting a new chapter of Max's life with this game," commented Rockstar cofounder Sam Houser in a statement. "This is Max as we've never seen him before, a few years older, more world-weary and cynical than ever. We experience the downward spiral of his life after the events of Max Payne 2 and witness his last chance for salvation."

Rockstar did not delve into specific gameplay details, and did not mention the series' genre-defining "bullet time" slow-motion technique. The publisher merely noted that "the latest installment delivers more of the classic elements and hyperintense action that fans have come to love."

When Max Payne 3 rolls around this winter, it may find itself on shakier legs than when it left off six years ago. In October, the franchise saw its first transition to the silver screen. And while the Mark Wahlberg-led action flick pulled in healthy opening-week revenues, critics were all too eager to redub the film "Maximum Payneful" (an actual quote). 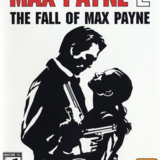 There are 519 comments about this story
Load Comments (519)