Magic: Legends hasn't launched in open beta yet, but you can already get a set of paid cosmetic items that will carry over into the beta and full release.

Magic: Legends hasn't even begun in open beta yet, but you can already purchase some cosmetics that will be available in that beta and then carry over into the final game. The Planeswalker Bundle is now available for $40.

According to an announcement on the Magic: Legends blog, the bundle includes cosmetic sets themed after each of the major classes, corresponding to their mana color. Those sets are available to use on any character, so you don't necessarily need to use the White "Armor of Serra" set on a white mana-based Sanctifier character. The set also includes alt skins for each class's signature summon, an alt-skin for the Experimental Sentinel summon, and a Gilded Lotus artifact. You can see the full listing of items below.

The announcement notes this represents a 50% package discount, which suggests the full-priced package will be $80. The items will unlock as soon as the PC open beta begins on March 23, and then on to the full release on PC, PS4, and Xbox One.

Magic: Legends is a Diablo-like dungeon crawler, with an added element of deck-building inspired by the classic Magic: The Gathering card game. Instead of choosing a set of static powers, you build a deck of spells that cycle through as you use them, and eventually the deck refreshes. 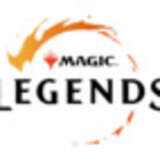