Arm your Madden 23 offense with the best set of plays that matches your team's chemistry and ideal scheme.

Comments
Where to buy
Madden NFL 23
$59.99 at Amazon
$29.97 at Amazon
$69.99 at Gamestop
There are no available deals for this platform
GameSpot may get a commission from retail offers.

In Madden 23, whether you're playing Franchise, an exhibition game, or Madden Ultimate Team, picking a playbook is one of the most important choices you can make to affect your in-game performance. While it might not seem like a huge deal – after all, how many possible plays can there be – but your team will likely benefit from a certain playbook over another. For example, if you're planning to attack with a run-heavy offense, then picking a playbook that prioritizes play-action passes will not be of much help. As a result, you need to know which playbooks are the best for certain styles of play. In this guide, we'll go over what we believe to be the best rushing, passing, and balanced offensive playbooks in Madden 23. We'll be picking from both the official list of NFL team playbooks as well as some that were crafted by the community.

First and foremost, we'll be listing the best official playbooks that you don't need to go hunting for in the community tab of Madden 23. These playbooks will be separated by three categories: rushing, passing, and balanced. The best-balanced playbook is simply one that has a solid mixture of rushing and passing schemes that can be of use to most offenses.

Kicking off the list is a tried and true playbook in any Madden title. The Baltimore Ravens are known around the NFL as the best rushing team, and for good reason. The Ravens hold the NFL record for most consecutive games with 100 yards rushing (43 games). Their Madden 23 offensive playbook is chock-full of various rushing plays that will surely trick any defense. One of the aspects that separates the Ravens' playbook from other teams is the designed quarterback runs. If you have a mobile quarterback on your team, using Baltimore's playbook will allow you to get that QB out in space and pick up huge chunks of yardage.

Of course, you can also use the plentiful RPO (run-pass option) plays to attack a defense based on how they're lined up for a certain play. Aside from that, the Ravens' playbook has just about every possible running play available in Madden 23. You'd be hard-pressed to find a better rushing playbook for an offense.

Just like the Ravens and running the ball, the Kansas City Chiefs are arguably the best passing team in the entire NFL. No matter who's at quarterback or at the skill positions, the Chiefs find a way to pass the ball with great efficiency. Much of this can be attributed to the offensive mind of head coach, Andy Reid, and that mind has been brought into Madden 23 via the Chiefs' offensive playbook. Kansas City has several designed passing plays for every single receiver on the field, giving you a plethora of options when you drop back to pass. Most notably, though, the Chiefs do one of the best jobs at finding ways to get the tight end open.

Kansas City's offensive playbook works at its best when teams have a speedy outside receiver to burn defenses with long routes while a strong tight end runs a route underneath. With these two positions so prominently featured, your second and third receivers should be able to find a soft spot in a zone rather easily. As expected, though, don't expect too many rushing plays in the Chiefs' playbook. Only use this playbook if you're ready to sit back and test your quarterback's arm strength.

If there's one thing the New England Patriots know well, it's consistency. For multiple seasons in a row now, the Patriots have had one of the best-balanced offensive playbooks in Madden. This year in Madden 23, it's no different. With second-year quarterback Mac Jones at quarterback, New England relies on a package of quick throws, play-action passes, and designed runs to operate its offense. New England's Madden 23 playbook features sets like Trips TE and Gun Bunch, which hold some of the best offensive plays in the game. These sets make use of every skill player on the field and feature a variety of different plays from both a rushing and passing perspective.

If you're going with the Patriots playbook, prepare to see a lot of crossing routes with two of three receivers on the field. The Patriots also like to make use of their tight ends, so any multiple tight end set will likely yield solid results if players have strong players at that position. Of course, running backs will also have a field day with these sets, as there are more blockers on the field to clear a path.

As for the Oakland Raiders, one could argue they have a better overall offensive playbook than New England. While their plays are largely the same, the Raiders have stronger audibles when in certain formations. For example, the Raiders Bunch formation yields strong audibles, like Bunch Trail, Dig Return, Z Spot, etc., that aren't available in New England's audibles.

However, the playbooks are extremely similar and players will likely find success even if they choose one over the other. We tend to find that the Patriots have stronger rushing options while the Raiders have more passing formations that have become popular in Madden 23.

If you're looking for an underused offensive playbook in Madden 23, look no further than the Detroit Lions. Despite having one of the worst rosters in the game (by OVR), the Lions have some key formations in their offensive playbook that make it one of the best balanced ones to use. In Madden 23, the Lions have the Trips TE, Gun Bunch, and Bunch TE formations out of the Gun, all of which are competitive formations in Madden. These formations will allow you to run a variety of plays that can beat both zone and man coverage. Also, if you're looking for a formation to beat zone coverage, the Lions have Doubles HB WK out of the Gun. This formation has some great passing plays that find soft spots in most zone coverages. Detroit also has terrific audibles from these schemes in case a defense is in a formation that players might not like pre-snap.

While Detroit's offense itself might not be salvageable in Madden 23, the team's offensive playbook is one worth using if you're looking for something new.

Finally, our last offensive playbook on this list is the Pittsburgh Steelers. This playbook made the list for one reason: It's terrific at beating man coverage. Most playbooks are designed to beat zone, as it's the most common scheme a defense will implement in Madden. However, if a defense decides to throw a man coverage formation out, it can sometimes be difficult to know what to run as an offense. Luckily, Pittsburgh has a fantastic set of plays to shred this coverage. The Singleback category in this playbook is what separates it from others. The Wing Stack formation has a flurry of passing and running plays that can pick up huge yardage against a man defense. There's also a Jet Sweep that can be devastating if a defense isn't ready for it. The passing plays mostly consist of post routes, so it's best to have a speedy outside receiver that can burn a defensive back down the field.

The rest of the Steelers' offensive playbook is fairly balanced, so don't be afraid to use it with either a passing or rushing-oriented team.

And that does it for our list of the best offensive playbooks in Madden 23. If you want to read more Madden content, check out our guides on how to quarterback slide and how to celebrate, which includes how to do the Griddy.

Madden NFL Covers Through The Years 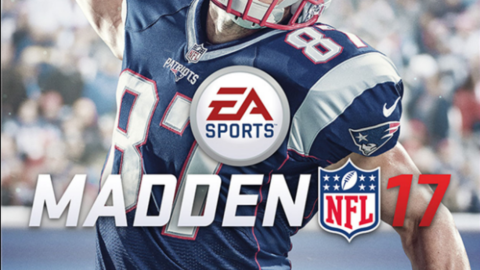 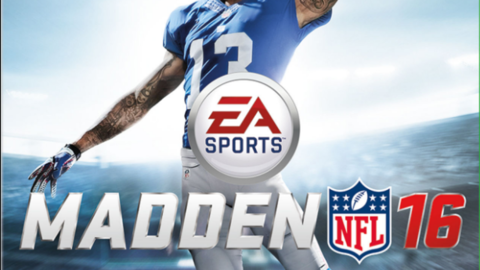 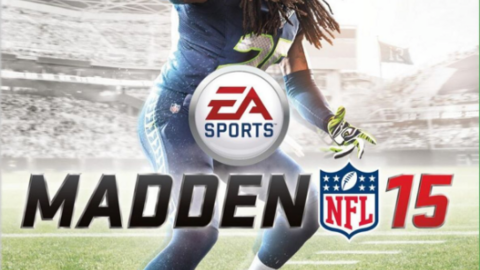